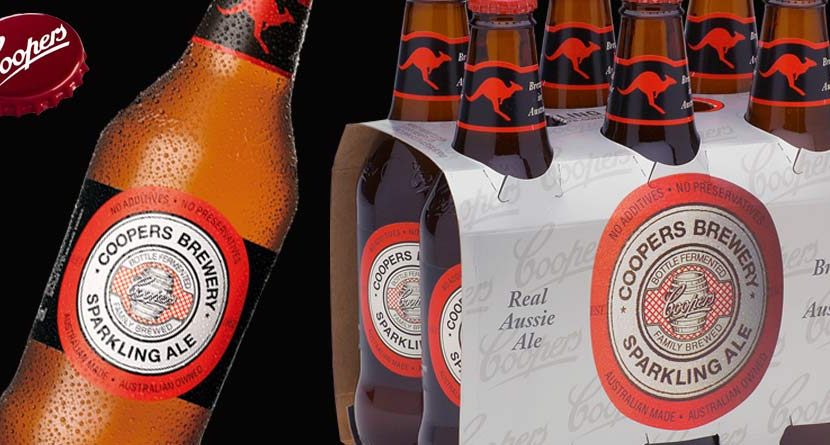 When I was in Adelaide, Australia, the story went that a team of U.S. distributors for Foster’s Lager beer were heading over, and the hosts were in a panic, saying, “Where are we going to find any Foster’s in Australia?”

More easily found and far more traditional in Oz are the beers from Coopers Brewery of Adelaide. And as the LPGA rolls into the capital territory of Canberra to open its season at the ISPS Handa Women’s Australian Open on Valentine’s Day, players may want to try their hand at the traditional rolling of the red.

Coopers Sparkling Ale is referred to as red because of its label color. The 150-year-old family brewery—now into its sixth generation—has a hefty portfolio of beers, three of which are being widely distributed in the U.S. by the Anchor Brewing Co.: the Original Pale Ale (green), the Best Extra Stout (yellow) and the red, the flagship beer.

It’s a unique concoction, a top-fermenting ale that undergoes a bit of cold conditioning (lagering), and then given a secondary fermentation in the bottle. This gives the beer a natural and, indeed, sparkling carbonation. It also creates yeast residue, hence the recommended rolling ritual: putting the bottle on its side and gently distributing the sediment before pouring.

The beer is a frothy pleasure, a cloudy apricot color in the glass with a fruity, yeasty nose—hints of pear, apple, hay and grain. It’s as utterly refreshing as a lager, but with a decent bite from the Pride of Ringwood hops.

A third result of the bottle-conditioning is that the beer could probably be cellared for up to three years. But the thirsty, like the LPGA players, will probably be more eager to get rolling.