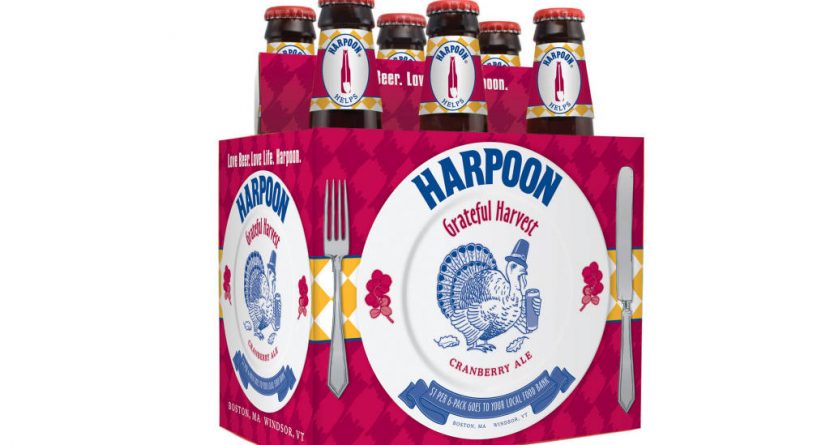 The range of foods making the Thanksgiving table groan are always a challenge for oenophiles trying to match wines with the menu. Beer aficionados have a far easier time of it, since so many styles of beers pair well with a broader range of foods. Highly hopped beers might not be the best choice, but think pilsners, amber lagers, pale ales, wit beers and saisons for the early and main courses, and then some richer old ales or barleywines as you head toward dessert and the couch.

Harpoon, whose original Boston brewery is only about 40 miles from the site of the 1621 Thanksgiving grateful harvest feast in Plymouth, is again offering an ale already packing the cranberries, gleaned from the local A.D. Makepeace cranberry farm. It’s available now, usually through early December, in 26 mostly eastern states (and Texas).

The beer combines Munich and Vienna malts in an amber ale with a distinct reddish tinge. It’s medium-bodied, the caramel sweetness leavened by the tartness of the fruit, which is a bit more pronounced in the nose than the palate. Along with the cranberries, Northern Brewer hops give the finish a crisp, lightly puckering sensation, which makes me think I should have another helping of mashed potatoes.

And if Thanksgiving is a time of reflection as well as celebration, it’s nice to know that for every six-pack of Grateful Harvest sold, a dollar will be donated to a local food bank in that area.