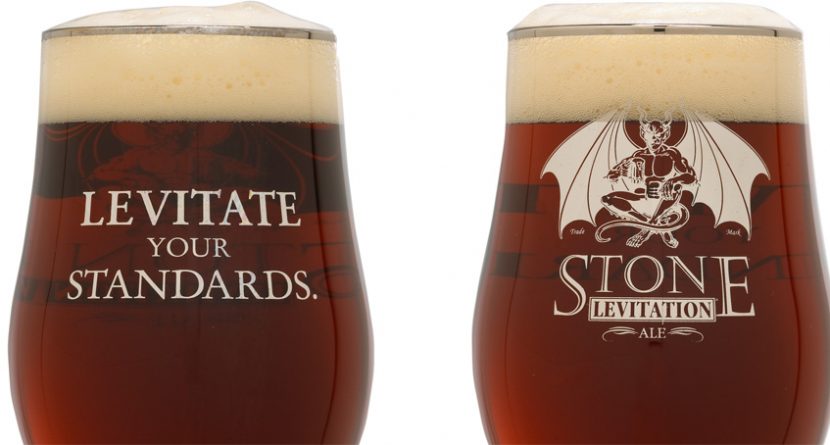 When the Tour caravan rolls into Torrey Pines this week for the Farmers Insurance Open, there will be no lack of excellent beer choices. If craft brewing held a major San Diego would have to be one of the venues. Bold and innovative beers have long been pouring forth here from money players like AleSmith, Ballast Point and Port Brewing/Lost Abbey.

Stone Brewing is near the top of the heap (ranked 11th in 2011 among the top 50 craft brewing companies in sales volume). And it always brings it’s A-game to marketing; its beer labels unfurl novelettes of brewing chutzpah. To wit, Arrogant Bastard Ale, a beer so aggressive, says the label fodder, that “You probably won’t like it.”

But fans do like it, as well as perennial best sellers Stone Pale Ale, Stone IPA and Ruination IPA. There’s an ongoing series of one-off anniversary ales and collaborations just to keep things interesting, most strong, assertive and highly hopped brews.

By comparison, Levitation Ale is one of Stone’s quieter beers and the lowest in terms of alcohol. Meaning there’s no need to stop after levitating only one.

“It’s a very steady beer for us since its introduction in 2002,” said brewmaster Mitch Steele. “When I came on board in 2006 we started dry-hopping it with Amarillo, lightened up on the crystal malt to dry it out a bit, and from that point on kind of left it alone to win a bunch of medals.”

Practically a light beer in Stone terms, the ale is dark in the glass, and hop heads won’t go away disappointed. The nose is a blooming hop bouquet, and a bright citric character prevails throughout, right to the satisfying finishing smack.