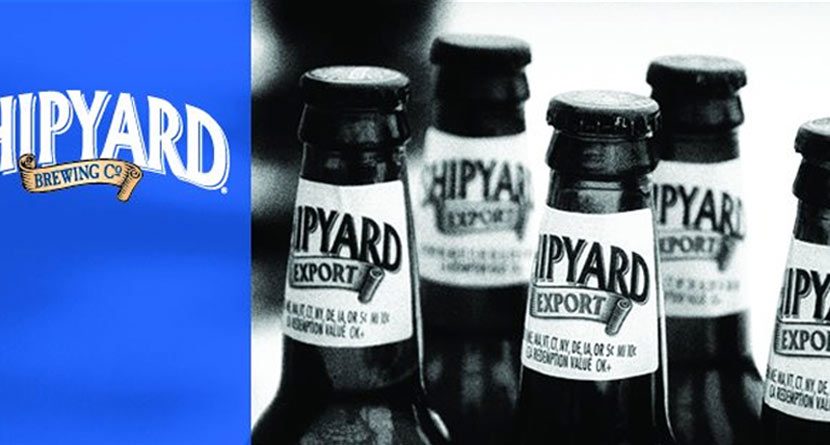 It’s a busy sports weekend in Florida, with the Arnold Palmer Invitational in Orlando, and the Honda Grand Prix of St. Petersburg. So why spotlight a Maine beer?

True, Shipyard has been brewing out of Portland since 1994, an outgrowth of the Federal Jack’s Restaurant & Brew Pub in in Kennebunkport Harbor, Maine. And there have been more brewpubs and a separate line of beers under the Sea Dog Brewing label.

But the company dropped anchor in the Sunshine State long ago, first with the Shipyard Brew Pub of Winter Park, more recently with a Sea Dog Brewing Company pub in Clearwater. And before the month is out, look for another Sea Dog pub in Orlando.

Heck, maybe the King will show up. I once drank some beer with Arnold Palmer at Bay Hill. As I remember it he had a Michelob Ultra followed, at my suggestion, by a Rolling Rock, then still made in his home town of Latrobe, Pennsylvania. (No longer the case.)

So he wasn’t going overboard on the craft beer bandwagon at the time. He might enjoy the Export, though, as I think others still warming up to beers outside the mainstream might.

It’s the flagship beer, brewed since the Federal Jack’s days, lightly copper in the glass. It’s distinctive with its Ringwood yeast nose—a fruity and spicy herbal quality, while the flavor is of mild malt, wood, butterscotch. But there’s also a crisp mouthfeel to it, without an overly bitter finish. A pleasant if undemanding brew.

Grand Prix fans will be able to find it this weekend at the St. Petersburg race, along with two of the companies more notorious flavored beers, Shipyard Pumpkinhead Ale and Sea Dog Wild Blueberry Wheat Ale.