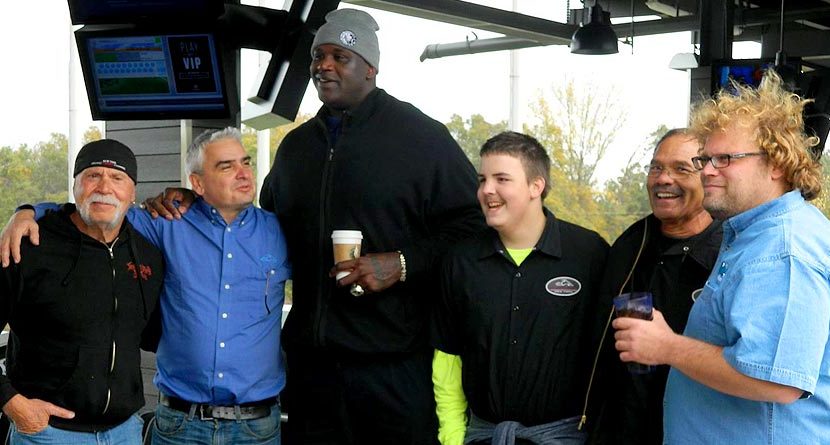 What do Shaquille O’Neal and the Orange County Choppers crew have in common? Both are incredibly talented at what they do, and neither are very good at golf — although Shaq has played golf with Bubba Watson and OCC has built a custom Caddyshack bike for Bill Murray.

Apparently they’re both big fans of TopGolf too, as both were on location recently to do some filming and hit some balls.

Shaq and the crew stopped by TopGolf Alpharetta to film an upcoming episode of the CMT show.

Based on the photos, it appears that Shaq benefited greatly from the visit. He received a Platinum Membership to TopGolf, as well as a custom Superman chopper.

I’m still not sure what brought the show to TopGolf, but it’s awesome. O’Neal wasn’t the only one to take a few swings, though. Paul Teutul Sr. also hit some shots, but unfortunately there’s no footage of it … yet. If his swing is as sweet as his choppers, he’s got to be pretty good. The episode airs on Dec. 8, so you’ll have to tune into CMT on that day to check it out. In the meantime, here’s a GIF of Shaq rubbing a reporter’s head: