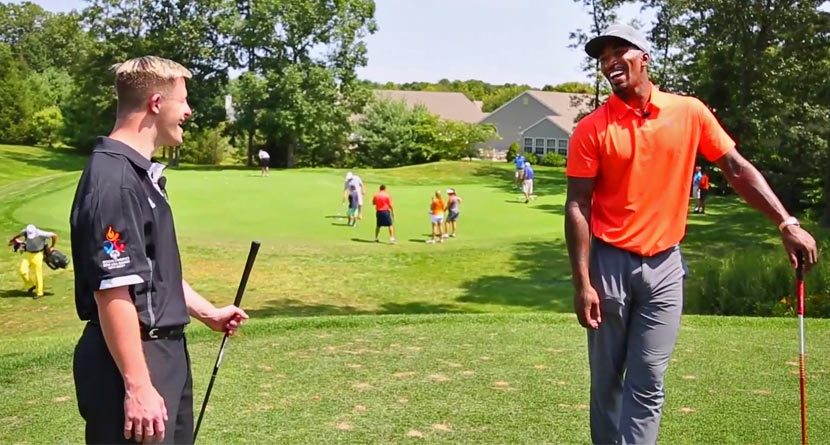 It’s no question that J.R. Smith is one of the NBA’s best golfers. In fact, he’s so good that Michael Jordan won’t even play a match with him. Seriously. That should come as no surprise, though, seeing as Smith plays six rounds a week in the offseason.

One of those rounds, however, was not about winning or losing, or breaking par, or beating his opponent. It was about building a relationship.

Smith played a round of golf with his friend Brad Hennefer, a 25-year-old Special Olympics golf champion at the J.R. Smith Youth Foundation’s 8th Annual Golf Outing. Smith calls Hennefer “like a brother” to him, spending a lot of time together playing golf.

That’s not to say there’s a lack of competition between the two. Hennefer definitely gives Smith a run for his money on the course. Hennefer set the world record for a Special Olympics tournament when he won the event by 40 strokes.

The video below is not only inspirational, it shows a side of J.R. Smith you’ve probably never seen before. I can guarantee it will be the most inspirational and heart-warming thing you’ll see all day.