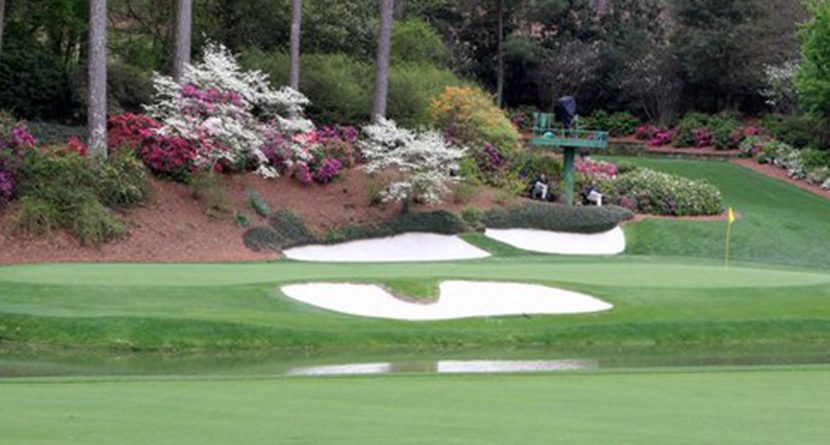 Kevin Harvick isn’t your typical golf junkie. He’s a golf junkie who also happens to be the driver of the No. 4 Chevrolet SS for Stewart-Haas Racing in the NASCAR Sprint Cup Series.

Given his gig, Harvick has been able to provide a nice life for himself and his family. With a little cash to burn, the 2014 NASCAR Sprint Cup Series champ had a replica of the 12th hole at Augusta National built into his backyard.

On Tuesday, his wife, DeLana, tweeted out a picture of Harvick and his son, Keelan, getting in some practice on the hole.

Getting in a little practice in the back yard this evening… ⛳️ pic.twitter.com/SNbIFxutuh

Harvick has first-hand knowledge of how the real 12th hole looks having played the National a few years back shooting a “91 or 92,” and getting to follow around his friend Scott Harvey at the Masters last year.

Harvick’s spread may not be as impressive as Dave Pelz’s ridiculous backyard, but it’s hard to complain about what Harvick’s done with the place. The value of his property just went way up, especially in the eyes of golfers.