LPGA Star Gulbis May Be Running For Congress 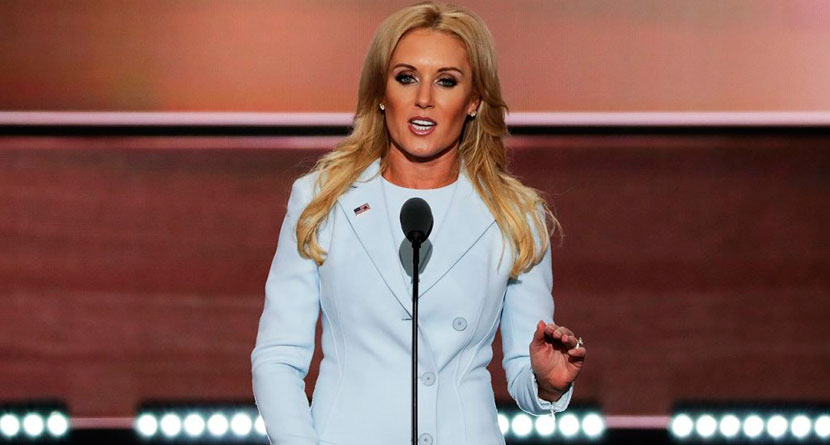 Natalie Gulbis made headlines in the build up to the 2016 Presidential Election when she spoke at the Republican National Convention in Cleveland. Now, the LPGA Tour star may be getting deeper into the political game, according to a report from the Nevada Independent.

Kevin Casey of Golfweek.com wrangled up the pertinent information.

Rep. Natalie Gulbis? It’s a possibility in the future.

The Nevada Independent reports that Gulbis, 34, met with Republicans in Washington D.C. this week to discuss a potential run for the seat of Rep. Jacky Rosen (D) in Nevada’s third Congressional district.

Yes, it appears Gulbis is considering a run for the U.S. House of Representatives.

Gulbis lives in Las Vegas and the the spot should be open in the next election cycle (2018), as Rosen has already said she plans to run for the U.S. Senate.

As the Nevada Independent notes, the Democrats have no other obvious candidate at the moment to run for Rosen’s spot. The report said Gulbis was simply in talks for a run as a Republican, but if she were to explore a bid, she wouldn’t be the only interested party on that side. Scott Hammond, a state senator, and Dave McKeon, a former local county GOP chairman, also have shown interest in a bid for the Republican ticket. And Danny Tarkanian, the Republican who lost to Rosen in a close battle for the seat in 2016, also may try for the spot again, according to the Independent.

“Republicans are excited about Gulbis, with her unique backstory and profile, while Democrats have no heir apparent in the Third. Lots of reasons to be confident about our chances here,” a national GOP source told the Independent.

Josh and I leaving the West Wing pic.twitter.com/kaW1TF8TXV