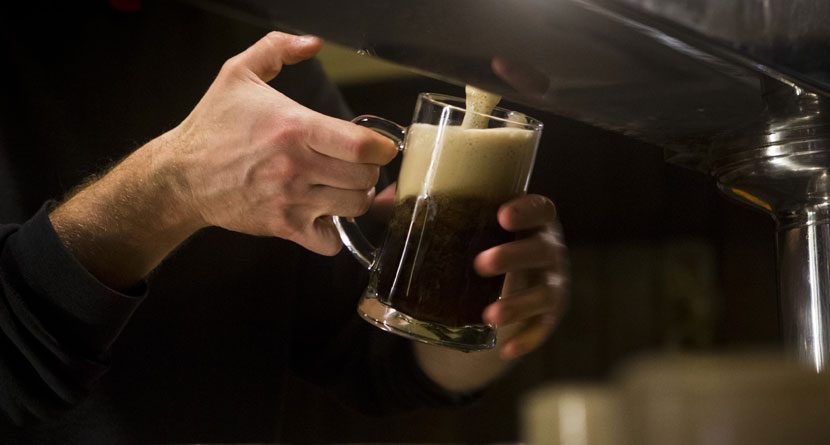 How lucky are we? Last month, we had the opportunity to enjoy National Drink Beer Day — which just so happened to be Sunday (football, anyone?) at the Ryder Cup. Two weeks ago, we celebrate American Beer Week.

To honor our country and the terrific beer it brews, here are our 9 favorite American beers to enjoy during your National American Beer Day celebrations:

Sam Adams Octoberfest: Sam Adams — or more appropriately, the Boston Beer Company — is far from its humble beginnings. But that doesn’t mean it doesn’t still make great beer. Fall weather is here. Enjoy this one while you can.

Lagunitas Little Sumpin’ Sumpin’: Whether you’re a fan of wheat beers or IPAs, you’ll love this one from California.

Shipyard Pumpkinhead: This is one of those “flavored” beers you can actually get away with drinking without your buddies poking fun at you. Go with the sugar and cinnamon-rimmed glass with supreme caution, though.

Arrogant Bastard Pale Ale: Any true-blooded American should find a way to enjoy this and not just because of the name.

Budweiser: It just doesn’t get more American than Bud. Even the cans are red, white and blue.

Harpoon IPA: Another one of Boston’s best, Harpoon goes well in any situation. The brewery crafts a variety of tastes but go with the original IPA — another one that can go with just about any situation.

Coors: Whether you’re taking your celebration on the Coors Light party train or enjoying the infamous banquet beer, you can’t go wrong with Coors this week.

Brew Free! Or Die IPA: Why? Because we’re in a America, that’s why. This one from 21st Amendment Brewery celebrates our right to brew beer and drink on this glorious day. Could there be a better reason?