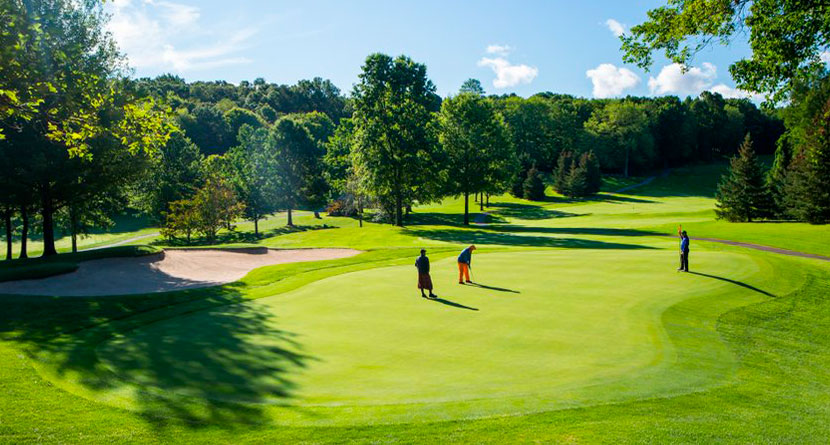 The latest report from the National Golf Foundation and Golf Datatech has further solidified the theory that the coronavirus pandemic has aided in a renaissance of sorts for the game of golf.

The August report, released during the last week of September, shows that rounds were up 20.6% year-over-year. That sets another record for the biggest increase in a peak season month since Golf Datatech began tracking rounds two decades ago.

To put a number of actual rounds the 20.6% increase signifies, the NGF has estimated an increase of roughly 10 million more rounds were played in August 2020 over August 2019. This comes on top of reports that saw 17% year-over-year growth in June and July, all of which does plenty to offset the 42.2% drop in April 2020 versus April 2019 as COVID-19 put much of the United States into lockdown.

And the NGF is bullish on the continuation of the golf boom as we enter the final third of the calendar year.

“There’s good reason to believe that the momentum will continue, given anecdotal reports from course operators, record equipment sales and continued spikes in online searches for the game’s ultimate consumable: golf balls,” the report said.

How much of a boost did #golf ⛳️in the US see this summer as a safe and healthy outdoor activity conducive to physical distancing?

As COVID-19 continues to linger and the threat of a fall wave is ever-present, the question being whispered about in golf circles is an interesting one: did the pandemic save golf?

Ted Bishop, an outspoken former PGA of America president, isn’t shy about his opinion on the question.

“I think that’s a pretty accurate statement,” Bishop told Gary Van Sickle of The Morning Read. “Here’s what I saw: there was nothing else to do. High school sports shut down. Restaurants and bars were limited or closed. There has been nothing else to do or even watch on TV.”

Beyond an increase in rounds played by avid golfers, the pandemic has seemed to bring new and returning golfers back to the game.

According to Golfweek.com’s interpretation of the report, “NGF research shows the number of golfers ages 6 to 17 could rise by as much as 20 percent this year, with the increases occurring since pandemic lockdowns began. Approximately 2.5 million kids teed it up in 2019, so 2020’s increases could mean half a million more juniors giving the sport a try.”

It’s not just a participation boom, either. The NGF reported $331 million in equipment sales in August, up 32%  year-over-year and crushing the all-time August mark of $287 million in 2006. August’s retail numbers followed $389 million in sales in July, which was the highest for any month Golf Datatech has ever tracked since 1997.

“I’m optimistic that this excitement for golf carries on into 2021,” Bishop told The Morning Read. “More than anything, I’m optimistic about going forward. I would not have felt that way even two or three years ago.”