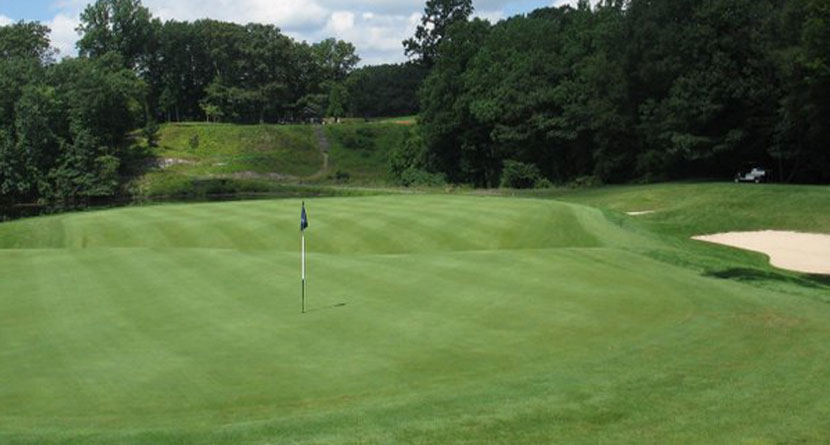 One of the dirty little secrets of the global pandemic that has plagued us for the past two years is that it has been great for golf. The industry saw a boom both in new players and participation in 2020. Three million new golfers took to the course as restrictions were put in place across the country. Golf, however, was identified by public health officials as one of the few safe activities in which folks could take part.

Perhaps unsurprisingly then, considering the spike in participation, the National Golf Foundation reported a banner year in rounds-played at 60 million-plus, the biggest net increase since 1997. What may surprise some folks, however, is that 2021 is almost certainly guaranteed to outpace the rounds-played number from 2020.

The NGF said “official” numbers won’t be available until the end of January, but based on 10-plus months of data, between 20 and 25 million more rounds were played in 2021 than 2020; another great sign for the health of the sport and industry. 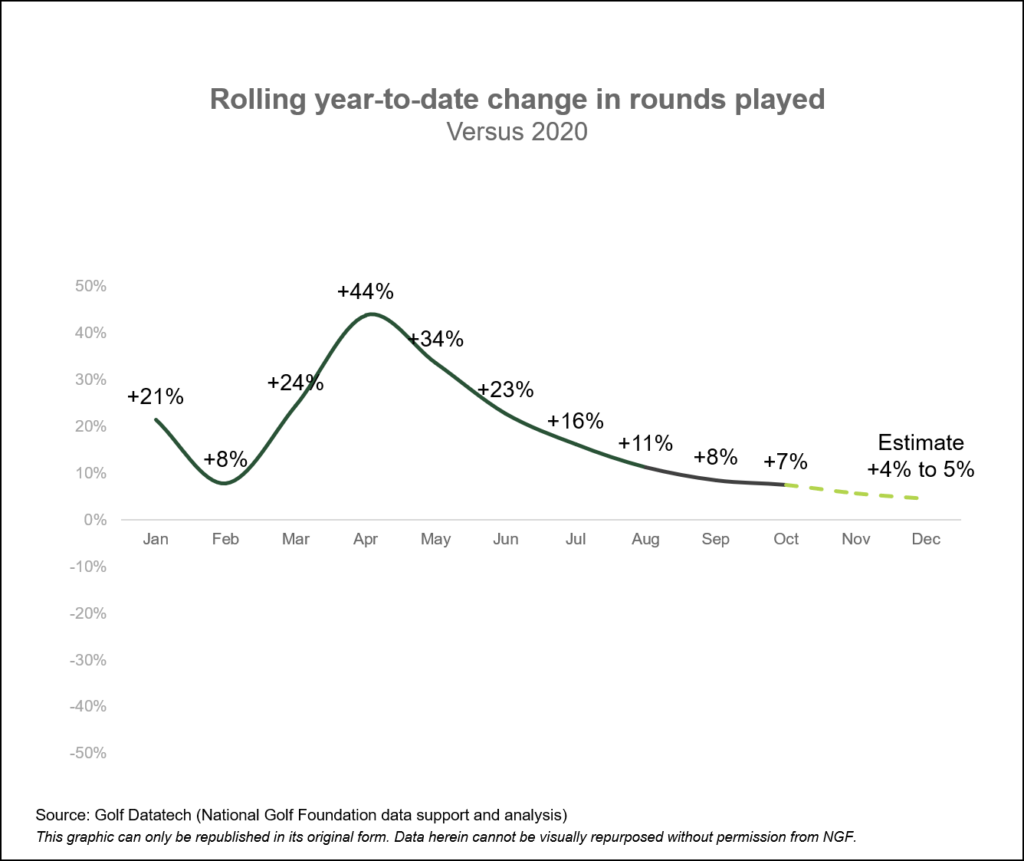 How did this happen? The NGF offered three key reasons:

Another massive impact on the rounds-played number comes down to the fact that these new golfers, by and large, had two more months to play in 2021 as opposed to 2020. In April and May of last year, with Covid running rampant, full-scale lockdowns impacted many golf courses, leading to a 78% increase year-over-year in rounds-played over those two months in 2021.

Coming into the year, only the most optimistic among us thought the #golf industry could surpass the total number of U.S. rounds played in 2020.