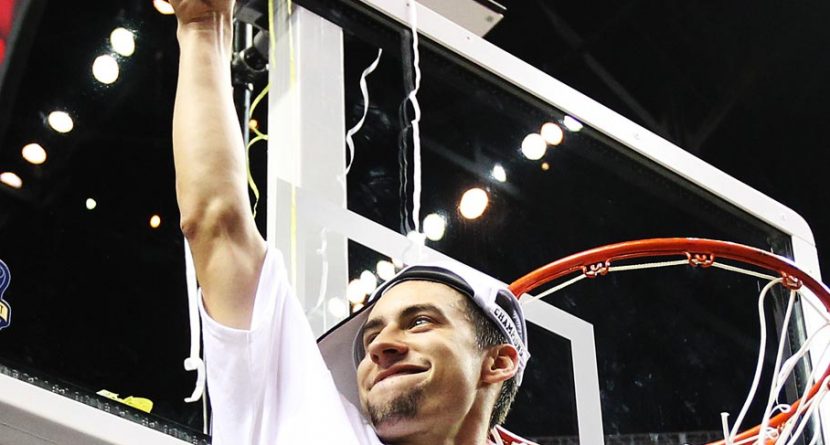 If No. 15 seed Lehigh beating No. 2 seed Duke in last year’s NCAA Tournament is any indication, literally anything can happen once the madness starts. As the action gets underway Tuesday with the “don’t-call-them-play-in” play-in games taking place, there are certain match-ups that are particularly interesting.

I’m a firm believer in picking upsets. No. 15 seeds, No. 13 seeds to the Sweet Sixteen. It’s bound to happen. Don’t be like ESPN’s Jay Bilas and pick the chalk every year. Why? Because it almost never happens.

It seems like every year there are 5-12 or 4-13 games that either end in an upset or even propel a school like VCU all the way to the Elite Eight or the Final Four.

So, let’s look at the five most interesting games of round two, which will be played Thursday and Friday:

I’m one of the biggest Tom Izzo fans in America. The guy is one of the greatest coaches of all-time, and he always has the squad primed for a run to the Final Four.

The Spartans kind of flew under the radar this year. With teams like Indiana and Michigan getting most of the national notoriety, Michigan State was their typical selves. They play a grinding style of basketball. Defense and rebounding are their foundations, and they won’t change their approach.

What is most interesting about this match-up is Valparaiso’s style of play. Former March Madness hero Bryce Drew took over for his father in 2011 and has his team playing with the same passion that made him an NBA-caliber talent. Look for Valpo to keep this one close by maintaining possession, taking and making a ton of threes and controlling the tempo as much as possible. They may not pull it out but, I’d be very surprised if the Spartans take this one home easily. My gut tells me to pick the upset but, I’m just not sure at this point.

These two teams have so much in common it’s almost scary.

Bucknell pulled off one of the all-time great upsets in 2005 when, as a No. 14 seed, took down mighty Kansas. Butler, of course, had two consecutive magical runs to the championship game in 2010-11 but, they missed the tourney last year.

With the addition of Arkansas transfer Rotnei Clarke, coach Brad Stevens and the Bulldogs got back to their winning ways this season. Having finished third in their first (and maybe only) season in the Atlantic 10, Butler proved that they can hold their own in a more “powerful” conference.

However, I’d be scared shitless if I was Butler right now. Bucknell is almost a carbon copy of the Bulldogs. With Patriot League Player of the Year Mike Muscala leading the way at 19 points and 11 rebounds per, the Bison may have just enough firepower to “out Butler” Butler.

One of the most talked about questions during the post-selection show analysis was why Oregon was given such a low seed. A 12 seed basically means that the committee felt that Oregon was not a tournament team until they won the Pac-12 Tournament to earn the automatic bid. Given their resume, this doesn’t seem to compute.

Maybe that’s why Ducks will barely have to travel for their opening game. They will make the short trip to San Jose for Thursday’s match-up with Marcus Smart and the Cowboys.

Smart, the Big 12 POY, and the rest of his squad, are coming off a less than stellar performance in the Big 12 Tournament. The Ducks are riding high after their tournament win and they might have the added inspiration of feeling slighted by their seeding so, look for Oregon to pull this one off in San Jose.

Perhaps this pick is biased since I love Belmont. I was a three-point shooter when I played, and I can always appreciate a team that launches it.

Belmont is going to try and speed this game up and get Arizona out of their comfort zone. The Bruins shoot just about 39 percent from three-point land and are led by Ian Clark at 18.1 ppg and his 99 three-pointers made — good enough for 6th amongst players in the tournament.

Arizona is coming off a brutal loss to UCLA in the Pac-12 Tourney and will definitely have a fire in their belly. Point guard Mark Lyons will look to control the tempo as this one is sure to be fast-paced and high-scoring. Belmont has had the magic in the past and I fully expect them to pull this one out in Salt Lake City.

This was the first game I starred. As soon as I saw the match-up, I was smiling from ear to ear. This is the type of game that makes the NCAA Tournament so great: two completely different teams with styles of play that couldn’t possibly contrast more.

Ole Miss guard Marshall Henderson is an absolute riot to watch. He will shoot whenever, from wherever, with no regard for time, score or situation. The entire Ole Miss plan of attack is one of chaos. Put that next to a team like Wisconsin and you are in for a great one.

Look for Bo Ryan to do what he always does with the Badgers: take 25-30 seconds off the clock with every possession, shoot a ton of threes and play physical, disciplined defense. If Wisconsin can stifle Henderson and Holloway, they will win easily. But if Henderson gets off and the Rebels get out in transition, it could be a long day for Bo Ryan’s group.

After what I watched Ole Miss do to Florida in the SEC Title game, I’m willing to put my money on the little crazy white guy and the Rebels.