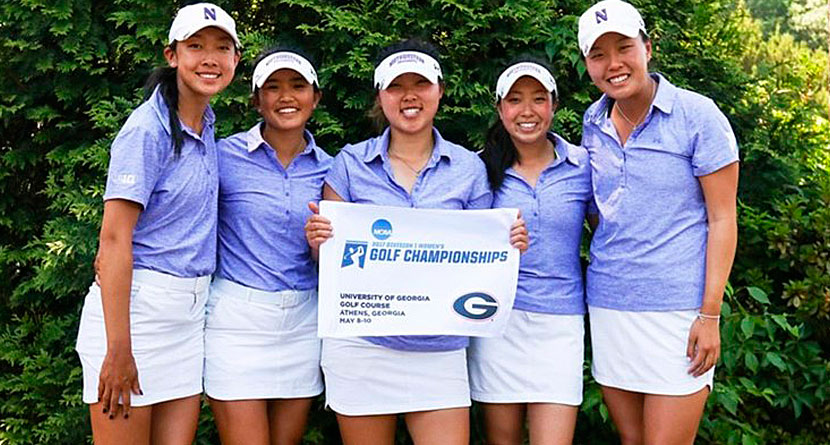 We all know the rules of golf can be complicated, and sometimes even borderline ridiculous, but this infraction may top them all. On Sunday during the NCAA Women’s Championship, two players were assessed two-stroke penalties for – wait for it – using the bathroom! Well, not really for using the bathroom (although we wouldn’t be surprised if that were the case), but for using a golf cart to take a ride to the restroom, which goes against NCAA policy.

[Northwestern’s] Sarah Cho received a two-shot penalty during the second round of stroke-play qualifying Sunday for taking a cart ride to the bathroom. That turned her 1-over 73 into a 75, and it cut the Wildcats’ lead from 10 shots to eight.

Another player in the group, Kelly Nielsen of Kent State, also was slapped with a two-shot penalty for the same infraction, but her score of 81 was dropped in the play-five, count-four format. The Golden Flashes are in second place.

Every player in the field is informed of the transportation policy – a player “must not ride on any form of transportation during a stipulated round unless authorized” – which is in effect all season.

“Of course I feel really bad,” Cho told Golfweek, “because it’s a dumb two-stroke penalty, something I could have controlled.”

This ruling comes just days after another Ncollege golfer jumped into a pond in an attempt to retrieve his ball to avoid a penalty. As golf’s governing bodies work to modernize the rules of the game, the NCAA may want to reevaluate this one as well.