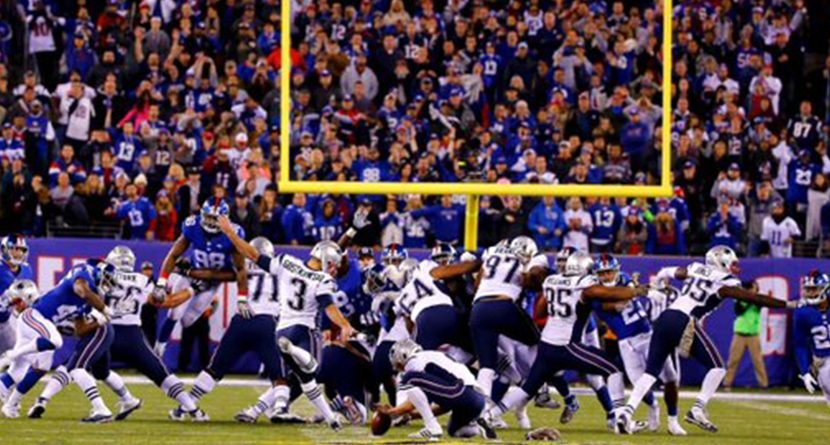 The New England Patriots love their golf. Two weeks ago, Tom Brady couldn’t get the dimpled ball off of his mind as he waxed poetic about the similarities between throwing the long ball and hitting a driver. Just recently, the Pats’ kicker Stephen Gostkowski compared the golf swing to his kicking motion.

While Brady’s comparison made sense, Gostkowski’s analogy stands truer to reason from a physics standpoint. The similarities between the swing of club and leg are much more on par than that of dump offs vs. deep throws. Gostkowski joined 1992 PGA Tour Rookie of the Year Mark Carnevale on his radio show on SiriusXM PGA Tour Radio on Friday to talk about what golf and field goal kicking have in common.

“A lot of it has to do with tempo and rhythm as far as the swing of the club and the swing of your leg,” the Patriots all-time leading scorer said. “There’s a lot of similarities: you can leave the clubface open and spray it to the right; you can have your foot closed off too much; (you can) hit it off the wrong part of the club or your foot and it could go any which way.

“When it’s windy, committing to a shot — ‘when it’s breezy, swing easy’ — I feel like that applies to golf and kicking field goals. Seeing the shot before you hit it. There’s a lot of different things. It’s all mental. Once you get to where you can repeat the swing and have the confidence that you know the ball’s going to go where you’re aiming or where you want to hit it, it gets a lot easier.

“I know as a professional at field-goal kicking, but the times when I’ve gotten on a roll in golf and done well for my game, the more confidence I have, the better swing I put on the ball. And if I can see the shot before I hit it, it does a lot of good.

“There’s just a lot of different things as far as the wind and the mentality and the club and the foot and the clubface and the tempo and the rhythm. In golf and in field-goal kicking, most of the times I screw up is when I try to hit the ball too hard, so there’s a huge similarity between a lot of that stuff.”

Three days after joining Carnevale, Gostkowski put all five of his kicks (3/3 EP, 2/2 FG) through the uprights en route to a 27-26 win over the New York Giants. Saving his best for last, Gostkowski undoubtedly took his own advice, pictured the kick and hit a smooth draw from 54-yards out as time expired to keep the Patriots undefeated.

New England’s perfect season all came down to one 54-yard field goal. Stephen Gostkowski: For the win! #NEvsNYG https://t.co/nIay6lIVez