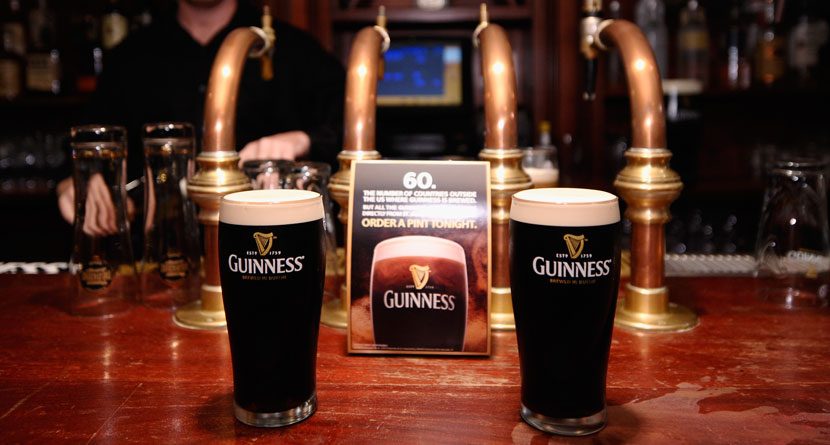 Guinness has long been a favorite of beer-drinkers — and golfers — worldwide. Having risen from Dublin with a well-known and, when considering today’s varieties, short menu, Guinness has undoubtedly built its brand as an “every man’s” beer.

It’s latest entry to the market, however, may change that.

The 1759 from the Dublin brewery is a limited edition amber ale that takes the Guinness experience up a few notches. It’s the brand’s first entry into the “luxury beer” category, which it plans to expand on, and will cost $35 per bottle.

The price point isn’t the only thing drinkers will notice with The 1759. The beer is nine percent ABV and based off of a 200-year-old recipe that blends beer malt with peated whisky malt. Like a bottle of champagne, The 1759 is purchased as a black corked bottle that arrives in a velvet-lined box.

The limited edition will produce just 90,000 bottles and be sold starting in November.