New Orleans Saints to Hold Training Camp at The Greenbrier 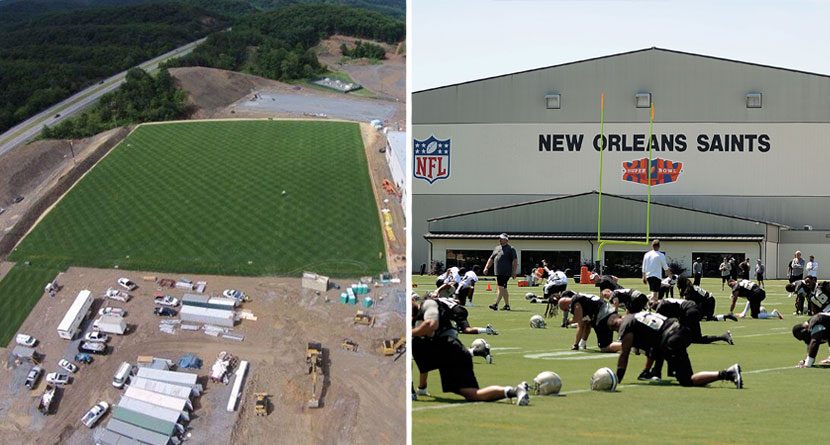 Football and golf don’t often have much in common. One is a contact sport, and the other is far from it. This summer, however, the two sports will have a connection.

From July 24 to August 13, the New Orleans Saints will be holding their training camp at The Greenbrier, one of the top golf resorts in the country. Bubba Watson checked out the team’s new facility on Wednesday, and snapped an awesome photo in some construction gear.

The Greenbrier is building three practice fields for the team, as well as a 55,000-square-foot multi-purpose building, which will contain weight rooms, locker rooms, and of course, a kitchen and dining area. It sounds like the Saints will be well taken care of.

The new Saints facility for training camp at the Greenbrier #CantWait pic.twitter.com/qXsWl5XhJP

The reason for the team moving to West Virginia rather than staying in New Orleans has to do with the weather, not the golf. West Virginia has a much milder climate than the hot and humid state of Louisiana, which should help to keep players in shape, and healthy.

I’m sure at some point the players and coaches will head out to the course for some golf. How could you not? It’s The Greenbrier. I’d venture to guess that Drew Brees would be one to do so, seeing as he’s got a pretty good swing. Good enough to have Bubba Watson caddie for him, at least.

I caddy for @drewbrees