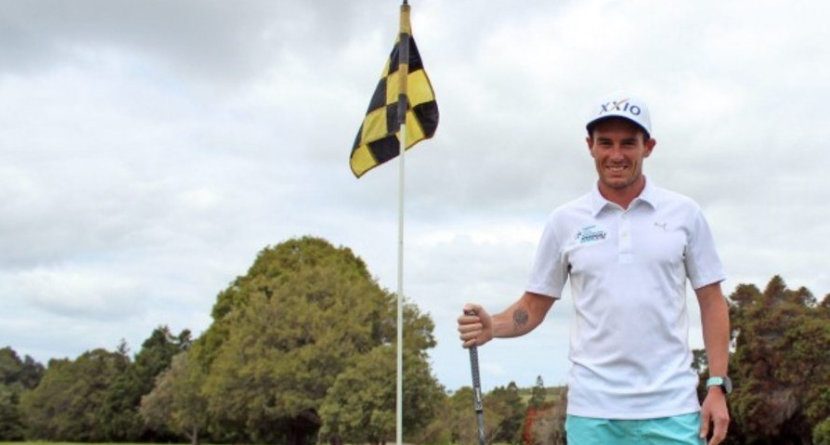 Finally, a golf story where pace of play isn’t an issue. A marathon runner from New Zealand set a new Guinness World Record for the most consecutive golf holes played in a 12-hour window. Brad Luiten used only a 6-iron and played a mind-numbing 237 holes, or the equivalent of 13 rounds, shattering a record that stood since 2005.

Brad Luiten, a national-class runner, smashed, putted and drove his way to the record, reaching his golf goal on Monday evening. Striking while the six-iron was hot, he launched his quest at 7:40am at the Helensville Golf Club before finishing it 12 hours later.


He beat the record of Canadian Scott Holland, who managed 221 holes at Fairmont Banff Springs Golf Course in Banff, Alberta, Canada, in 2005.

Luiten’s motives did not just include personal glory. He was inspired to take a swing at the record in order to raise money for Bowel Cancer NZ, and commemorate his friend, Stephen Gove, a prominent football player-coach, who died from the illness in June last year.

“A friend passed away last year from bowel cancer, it’s all about that today,” Luiten said.