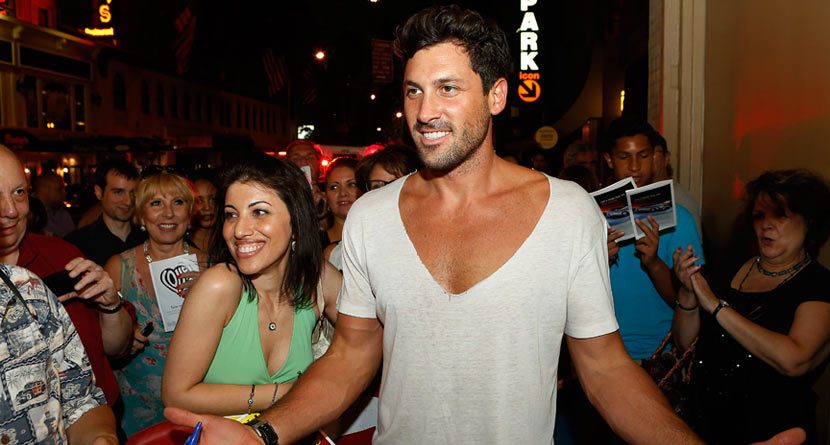 In case you were too busy watching an unbelievably boring NFL Hall of Fame Game this weekend, here are a few notable storylines you may have missed.

1) Tiger Woods Wins for the Fifth Time This Year – Tiger basically owns Firestone CC at this point, right? His fifth win of 2013 at the WGC Bridgestone Invitational marked the eighth time he won a tournament at the golf course. Can we just hand him the keys to the place and be done with it? Seriously.

2) Inbee Park Doesn’t Win Her Fourth Major – Talk about a slump. Inbee Park failed to win the 2013 RICOH Women’s British Open last week, thus missing out on winning a fourth consecutive major championship. Her game is obviously in a downward spiral now, ultimately leading to the inevitable time when she’ll have to quit the game. Inbee Park is definitely not “back”. 6) Powerball Rolls Over Again, Fourth Biggest in US History – Nobody won the Powerball lottery last weekend, thus sky-rocketing the jackpot to an astounding $400 million. Meanwhile, there is still no cure for cancer, world hunger remains unsolved and nobody can tell me where A-Rod is going to work. My priorities are apparently flawed.

7) Two Shark Attacks in Four Days in Hawaii – Public beaches have been forced to close in Hawaii following two nasty shark attacks last weekend. And all of you were laughing when you watched Sharknado a few weeks ago. Let this be a lesson to all of us: always listen to Tara Reid. Nothing can ever go wrong. I promise.

8) Jennifer Aniston Goes without Makeup on Instagram – For some reason, the former Friends bombshell Aniston posted a picture of herself without makeup on Instagram a couple days ago. Shockingly, she is still drop-dead gorgeous. Thanks for making us all feel crappy, Jen! 9) US Swimmer Cordes Gets His Team DQ’d – Kevin Cordes had a tough weekend at the world championships in Spain. After ‘jumping the gun’ a bit early in the men’s individual relay – thus disqualifying the Americans in the event – Cordes had to spend the next 20 minutes explaining what ‘disqualification’ meant to Ryan Lochte.

Other Hot Links:
– 5 Things You May Have Missed From The Weekend
– Cheyenne Woods Motivated by Visit to St. Andrews
– What Could An iPhone Fingerprint Reader Mean For Golfers?