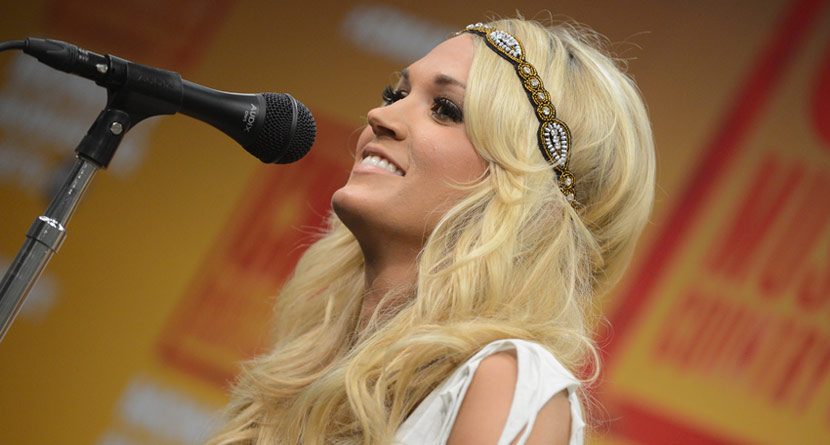 In case you were too busy cussing at your fantasy football team during the NFL’s opening weekend, here are a few stories you may have missed.

1) U.S. Team Wins the Walker Cup – The Great Britain and Ireland team never had a chance. An insanely talented United States team steamrolled their European opponents 17-9 at the historic National Golf Links of America. The U.S. now leads the all-time series 35-8-1, with the 2013 team lead by names like Nathan Smith, Michael Kim and Patrick Rodgers. 2) Svoboda Wins Web.com Tour Final Event – Andrew Svoboda tapped in for par on the par-5 final hole on Sunday to win the Davidson, N.C. Chiquita Classic. With his win, Svoboda will likely secure a PGA Tour card for next season, which is awarded to the top 25 players on the tour’s money list.

6) America Celebrates Grandparents Day – Nothing says “I love you, grandma” like drinking a case of beer and screaming obscenities at your television during the NFL’s opening weekend. Don’t worry; just wash your mouth out with soap and send Nana some flowers tomorrow.

8) Senator Cruz Calls Out President Obama – Texas senator Ted Cruz doesn’t think that President Obama “has the authority” to order a strike against Syria. Cruz also reportedly does not believe in the Tooth Fairy, in kissing on the first date or that George Stephanopoulos was that weird large elephant on Sesame Street.

9) Tokyo to Host 2020 Olympic Games – Finally, the city of Tokyo was awarded the 2020 Olympics Games, which will once again feature men’s wrestling. When told that the Olympic Committee did not mean “that kind of wrestling”, WWE superstar John Cena soiled his brand new pair of jean shorts.