Next Secretary Of State Could Be ANGC Member 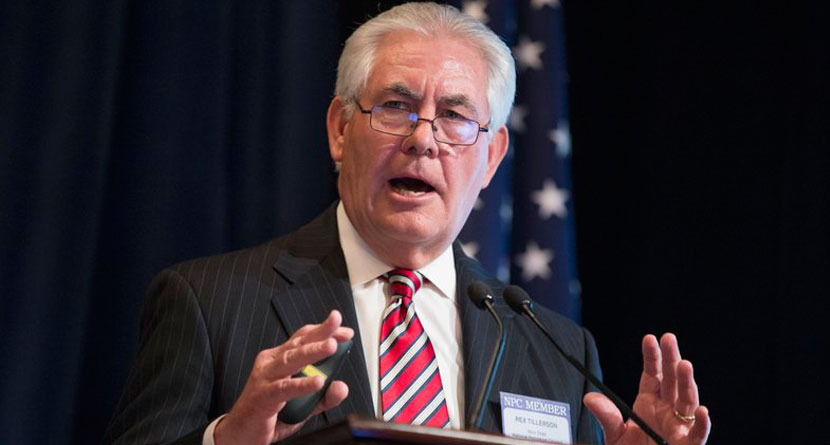 I have chosen one of the truly great business leaders of the world, Rex Tillerson, Chairman and CEO of ExxonMobil, to be Secretary of State.

GolfDigest.com’s John Strege has more on the golfing life of Tillerson.


President-elect Donald Trump’s choice for secretary of State Rex Tillerson is a golfer, an acquaintance of Phil Mickelson’s and a member of Augusta National Golf Club.

Tillerson, the chairman and CEO of ExxonMobil Corp., was assigned a handicap of 18 when he partnered with Mickelson in the AT&T Pebble Beach National Pro-Am in 2014.

Mickelson’s relationship with Tillerson stems from the Phil and Amy Foundation’s partnership with ExxonMobil in the Mickelson ExxonMobil Teachers Academy.

Another Augusta National member, Condoleezza Rice, was a secretary of state under George W. Bush, but she was not invited to join until 2012, four years after he left office.