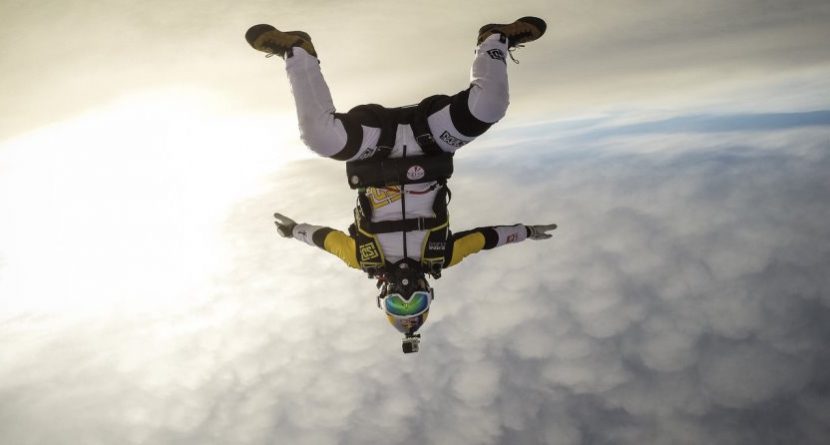 It’s a good thing pro golfers are basically independent contractors, because if Rickie Fowler had a contract with a professional sports team, he’d probably be a threat to violate that agreement just about every time he had an off day. Athlete contracts are well known for having verbiage against potentially dangerous activities such as skiing and skydiving.

But because he works for himself, Fowler is free to do as much adrenaline junkie stuff as his adrenaline junkie heart desires. His sponsors may have a thing or two to say about such dicey endeavors, but then again, one of his partners, Red Bull, arranged to put him up in an acrobatic plane and go cliff diving.

The energy drink company may also be behind his next stunt: skydiving.

“I haven’t jumped out of an airplane yet, but that’s happening very soon,” Fowler said in a press conference Wednesday, adding, “Could be something with Red Bull or I know some guys have gone with the SEALs out in San Diego. It’s always been a bucket list thing for me to go skydiving. So it will happen.” It’s safe to assume your bucket list and Fowler’s bucket list are nowhere near the same. He’s probably already done most of the items on your list.

“I mean, I’m sure I could keep adding to it as far as things that I find intriguing and fun to do,” Fowler said of his bucket. “Maybe fun for me, maybe not fun for some others. Yeah, like skydiving. I know down the road I want to get into more racing on the car side of things. Go diving, cage diving with great whites or something. That would be fun. I could keep going.”

Fowler might find himself alone on a bunch of those adventures – or at least not with many fellow golfers. But if the 25-year-old plays as well next week at the PGA Championship as he has in the season’s first three majors (top-five finishes in all of them), some of his competitors may soon start following his method of madness. Because Fowler says the crazy stuff he does off the course helps him on the course.

“I get a similar feeling when I’m either going for like a reachable or a drivable par 4 or going for a par 5 in two. You get a little bit of a rush going. That’s the fun part of being in contention — get the blood pumping a little bit and adrenaline going.

“But it is a little different. I think being in those situations — where I grew up riding and racing dirt bikes and being in a little bit more extreme situations, being up in the air doing stuff that planes don’t normally do — in a way makes me feel more comfortable in some of the (golf) situations maybe as far as being in contention in big situations, just because I’ve probably scared myself a little bit more than is possible on a golf course.”