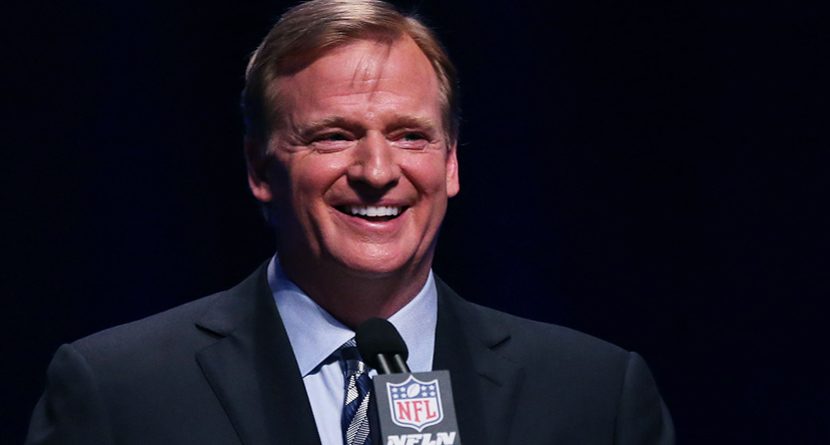 NFL Commissioner Roger Goodell was spotted hanging out at the Augusta National Golf Club on Wednesday as part of this week’s Masters festivities.

Either Goodell is a member of the exclusive golf club or he was made an honorary member for a day, as he was donning a green jacket reserved for Augusta membership.

Roger Goodell is in the gallery at Augusta and he is dressed for Masters success: (AP Photo/David J. Phillip) pic.twitter.com/LwGjCPweCD