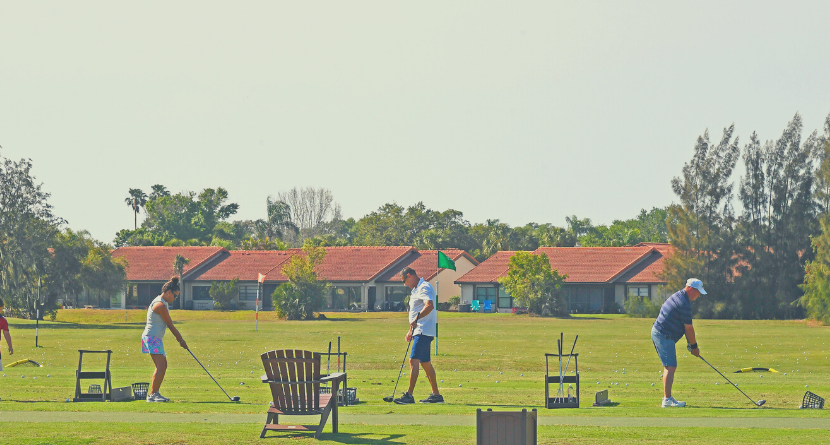 The record number of new golfers who picked up the sport amid the pandemic continues to rise. But they aren’t being adequately nurtured into “committed players,” according to a new report from the National Golf Foundation.

The NGF characterized the ongoing golf boom as the largest influx of beginners since the turn of the 21st century, when Tiger Woods’ arrival as a global superstar produced a similar chain reaction. In total, 6.2 million newcomers have populated America’s fairways over the past two years, picking up the finer points from friends and club-fitters and teaching professionals as they go.

To put the explosive growth in context, the 3.2 million golfers who teed it up for the first time in 2021 represented a 33% jump from 2019. But the 2.4 million first-timers in 2019 matched the then-record total from both of those Tiger boom years of 1999 and 2000, so participation was already in a healthy place.

Where this positive development takes a grim turn is in the collective effort — or lack thereof — to retain this new blood. And the same obstacle to the sustained commitment of beginners that took hold in 1999-2000 persists to this day: as the total golfer population rises, the number of rounds played hasn’t gotten a proportionate lift.

The NGF report establishes a “conversion rate” of 27%, meaning a beginner gets bitten by the bug and becomes an avid golfer. So why are so many beginners so reluctant to stick around? In short, they don’t feel welcome.

How big is golf’s latest boom? In terms of beginners, bigger than ever, per the National Golf Foundation’s research. pic.twitter.com/oCkmrQaDk9

“Far too many golf facilities don’t care about new golfers, and I find when all I do is return a phone call to one of them, they are shocked that I do,” said Tony Brooks, a PGA Master Professional based in Southern California. “Case in point, I called back a new golfer who let me know he contacted six other facilities in the area, and no one contacted him back. Lucky for me I did, and was able to establish a good relationship right away and engaged his family.”