Niall Horan of One Direction is Playing Golf Again 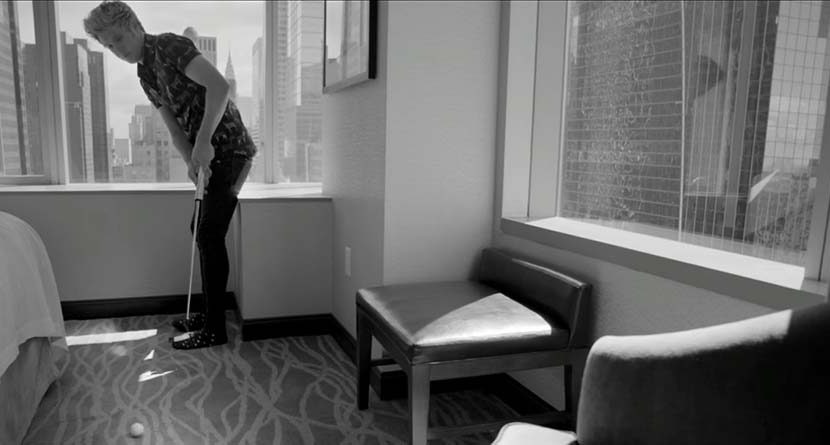 Niall Horan, one-fourth of the boy band One Direction, is an admitted golf nut. The Irish-born Horan picked up the game when he was 10 or 11 and hooked up with Rory McIlroy through mutual friends in recent years.

In One Direction’s video for their new single, “Perfect,” Horan is shown stroking a few putts in his hotel room. As anyone with the golf bug can attest, when you’re bored on the road, there’s plenty worse things you could do than work on your putting stroke.

The band tweeted out a GIF of the stroke on Monday.

No one was harmed in the shooting of the video, at least as far as Horan’s golf is concerned, which is a step up from some of his previous forays on the golf course. Playing alongside McIlroy at the BMW PGA Championship Pro-Am, Horan barely missed a cell phone yielding patron on the eighth tee at Wentworth.

And who could forget Horan’s short-lived caddie career at Augusta National ahead of last year’s Masters, where Horan fell on the same Augusta pine straw that played a part in the famous Tiger Woods wrist injury from the 2015 Masters.

Golf could do worse than Horan as an ambassador for the game, though, so keep working on the stroke, Niall.