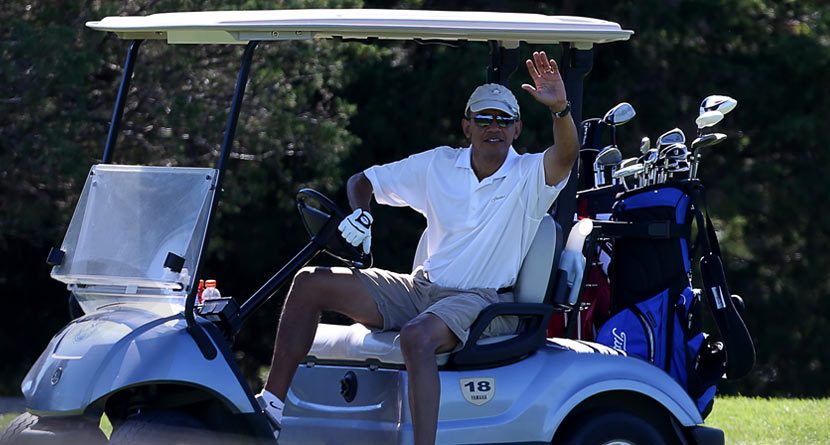 Sometimes it’s just good to be the king. Or the President of the United States, in this case.

According to USA Today, President Obama joined HBO’s Larry David of Curb Your Enthusiasm and Seinfeld fame on the golf course for a quick 18 holes over the weekend. The Obama family was vacationing at Martha’s Vineyard, where David was also coincidentally spending the week.

Obama and David met on the golf course the day prior where the comedic actor/director was playing with designer Kenneth Cole, filmmaker Peter Farrelly and restaurateur Patrick Lyons. The two met up once again at a cocktail party thrown in the President’s honor by Brian Roberts, where the golf invitation was allegedly extended to David.