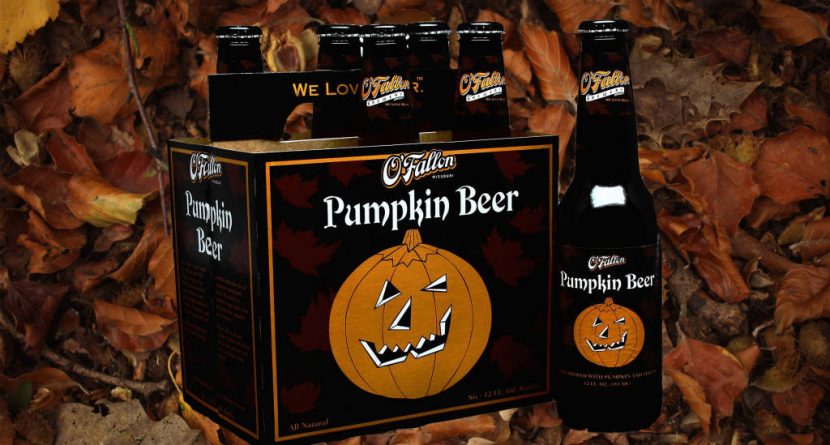 I planned to kill two birds this week with one Halloween-tinged pumpkin beer from the home city of the National League representatives in the World Series. But after I contacted the brewery in O’Fallon, a northwest St. Louis suburb, the Giants upset the pumpkin cart by killing all the birds with their remarkable comeback.

But the O’Fallon brew arrived on my doorstep today. So O’Fallon it is; long live the St. Louis Cardinals.

Founded in 2000 by Fran and Tony Caradonna, the O’Fallon brewery was purchased last year by Jim Gorczyca, who gave up a position at another, somewhat larger St. Louis brewery, Anheuser-Busch InBev.

Fran Caradonna, still on board, said, “We first brewed the pumpkin beer eight years ago and have sold more each year. It’s become so popular we’re going to release it in July next year; it can usually be found on the shelves [in eleven Midwest states] though Thanksgiving.”

Pumpkin beers have become as ubiquitous as Christmas beers, pouring forth from breweries large and small in such profusion they’re threatening to push Oktoberfest beers off the shelves. Stylistically they’re all over the map, from moderate ABV (alcohol by volume) beers to pumpkin imperial stouts, and from highly spiced brews to those they use pumpkin but eschew the spices. Depending upon how much one warms to the notion of pumpkin-pie flavors from a bottle they can be a love-‘em-or-hate-‘em proposition.

While not a fanatic, I like a few each year, and O’Fallon’s is a tasty middle-of-the-road choice. It uses real, cooked pumpkin in the mash, with a spiced tea (from cinnamon sticks, nutmeg and clove) injected during conditioning.

The result is an unfiltered pumpkin-colored ale (look closely and you may see some tiny bits of jack-‘o-lantern floating around) with a pleasing texture and flavor that is sweet and spicy but not cloying, emphasizing the clove. The beer is available in Michigan, in case Tiger fans want to ponder what might have been.