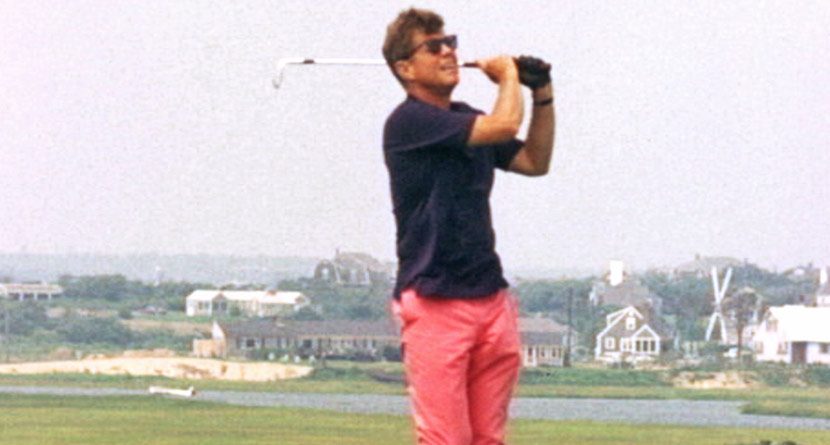 Kennedy can be seen as the real man he was, outside the walls of the White House. The images offer an inside glimpse into his private and luxurious life.  The President was a lover of golf and his passion is well represented.  At the center of the exhibit is one of Kennedy’s golf carts.  The golf cart sits in front of a photo of Kennedy driving a group of sunbaked children around. Stacey Bredhoff, the museum curator says, “Being at the Cape, spending time with his family was an important part of who he was. Watching him behind the wheel of that golf cart–careening up and down that hill with all the kids on board–you can see the sense of fun that he had!” The museum also displays his golf clubs, photos of the president on the course and a set of Kennedy’s golf balls, which are appropriately labeled “Mr. President.”  PGA.com says Kennedy was the most athletic golfer among U.S. Presidents.  He was also known as an unconventional golfer who would jump from hole to hole, rarely playing a full round. The exhibit has me daydreaming of a sun-filled Fourth of July weekend. Kennedy’s legacy continues to live on, as the epitome of the all-American family man who just happened to be the President of the United States.