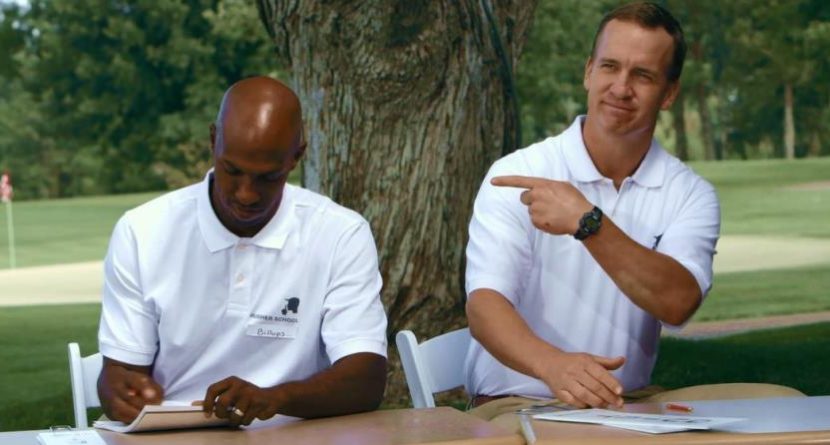 Peyton Manning is a dork. And we mean that in a cool, hilarious kind of way. But that dork also happens to be extremely good at football, very good at golf – 77 at Augusta! – and also good at making people laugh.

The quarterback did more of the latter in this classic BMW Championship spot. Manning and other Denver sports legends – John Elway, John Lynch and Chauncey Billups – star in the commercial that debuted during last year’s BMW Championship in Chicago to promote this year’s event at Cherry Hills Country Club in Denver.

Of course Manning is the star of the outtakes video:

While we’re at it, why don’t we enjoy a handful more classic Manning commercials:

And the best ad ever that wasn’t really an ad, but a Saturday Night Live skit: