Over-The-Shoulder Trick Shot Is a Must See 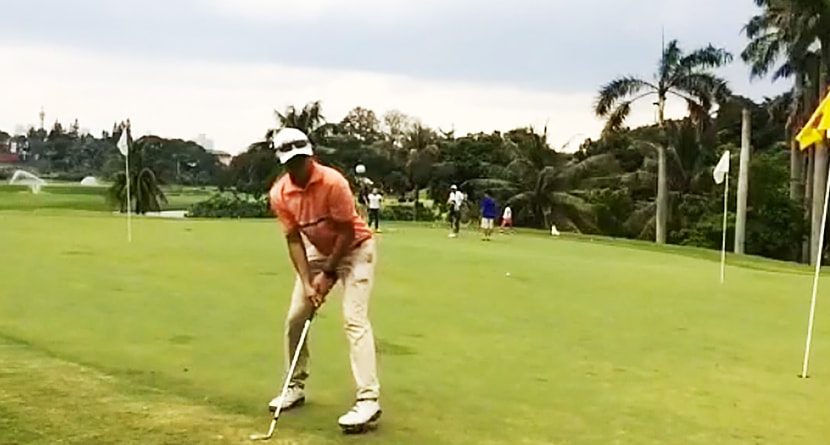 The advent of YouTube and Instagram have brought golf trick shots into the mainstream. As a result, we’re seeing the same golf-ball-bouncing, pass-it-your-parter, smash-a-driver run-of-the-mill trick shots on a daily basis.

However, this trick shot from @_andreyo was different. Not only did he hit a shot in a way we’ve never seen, he played the role of player and caddie with his take on the “chip and run.”