Own A Unique Piece Of Masters History 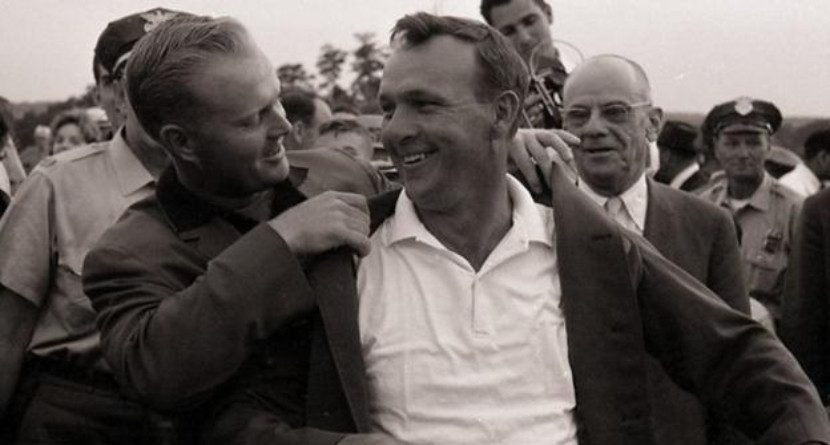 Having trouble buying gifts for your loved ones for the holiday season? Let us suggest this unique “Clubhouse” Masters trophy that belonged to Arnold Palmer, which Green Jacket Auctions has up for sale. Just don’t expect any Cyber Monday deals, though. The current bid for this rare gem stands at $208,862 as of today.

While it’s no green jacket, this commemorative trophy in the shape of the Augusta National clubhouse was awarded in addition to the famed prize beginning in 1993. Tournament organizers decided to retroactively provide one to all of the event’s winners. Mr. Palmer received four, one for each of his victories (1958, 1960, 1962 and 1964). This “dream piece” as described by Green Jacket Auctions, is 13.5″ wide, 6.5″ tall, and weighs 20 pounds. It was originally supposed to be displayed in a golf museum, however, plans were scrapped due to the financial crisis.

Bidding is open until December 10 and it’s expected to fetch upwards of $250K.