You Could’ve Played With Paige Spiranac 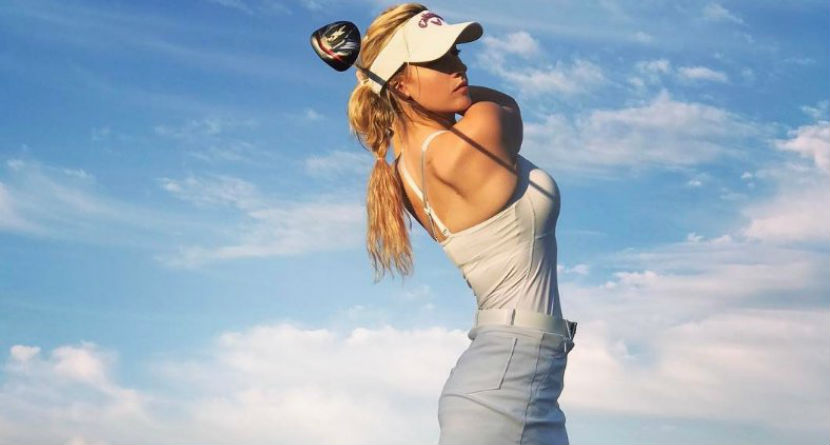 How much would you pay to play a round with social media superstar, turned professional golfer Paige Spiranac? If your answer was over $7,000, you would’ve have had a chance to join her for 18 holes at Grayhawk Golf Club in Scottsdale, Arizona. Spiranac’s offering was just one of many opportunities folks had a chance to bid on during the second annual Charitybuzz Golf Auction, which benefits a number of different charities.

“I’m excited to partner with Charitybuzz and raise money for The Cybersmile Foundation, whose support programs help spread a positive message to those affected by cyberbullying around the world,” said Paige Spiranac said according to a press release when the auction was first announced.

But that wasn’t the only thing up for sale. Here’s a look at the other awesome golf offerings that were on the block:

-A two-night stay and private round of golf with Steve Stricker at Bunker Hill Farms, an invitation only luxury lodge and golf property near Chicago

-A meet-and-greet with Jack Nicklaus, two week-long VIP tickets to the Memorial and a round at Muirfield in Dublin, Ohio

-Nine holes of golf and lunch with Annika Sorenstam at Lake Nona in Orlando, Fla.

-A round of golf with Daniel Berger at the Bear’s Club in Jupiter, Fla.

-The chance to caddie for Marc Leishman at the 2018 Tournament of Champions in Kapalua, Hawaii

-Four nights at the Lodge at Pebble Beach, and two rounds at Pebble and one at Spyglass

-A foursome at the Maidstone Club in East Hampton, N.Y.

In case you don’t know who Paige Spiranac is, or want an excuse to check out pictures of her, click over to the next page.