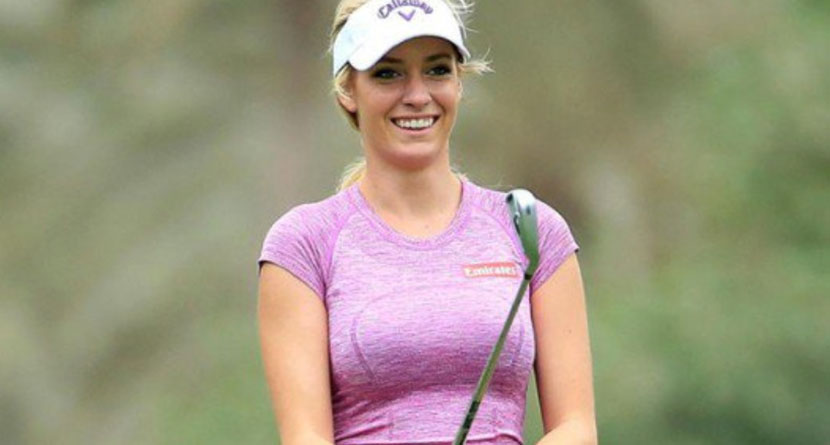 Paige Spiranac knows a thing or two about internet hecklers since her rise in internet popularity. That’s what happens when you have over 840K followers on Instagram alone. It’s one thing being an attractive golfer, but it’s another when you are able to back it up with a professional win, which she has.

As you may have heard, being famous in 2016 opens you up to a world of criticism, which some folks thrive on dishing out while hiding behind their keyboards. Sure, the internet allows trolls to exist, but it also gives celebrities a chance to interact with the fans, and in cases like this, lets them put these lowlives in their place.

Last week, Spiranac was called out in a feeble attempt to incite a laugh, but instead flipped it with facts (highlighted in yellow). Not surprisingly, most people were all in Spiranac’s corner. Just take a look at some of these comments:

big_green_skull@_: paige.renee wins the internet today. Burn the trolls they deserve it.

pennst8lion: Where there is negativity, there is insecurity and jealousy. Focus on yourself.

ssrt6.7: @pgatourist if you want attention, go jump off a bridge. You’d get more that way instead of being a keyboard bitch by talking down on someone. People like you go nowhere in life by talking down on people, so go find you a train track or bridge and do the world a favor.