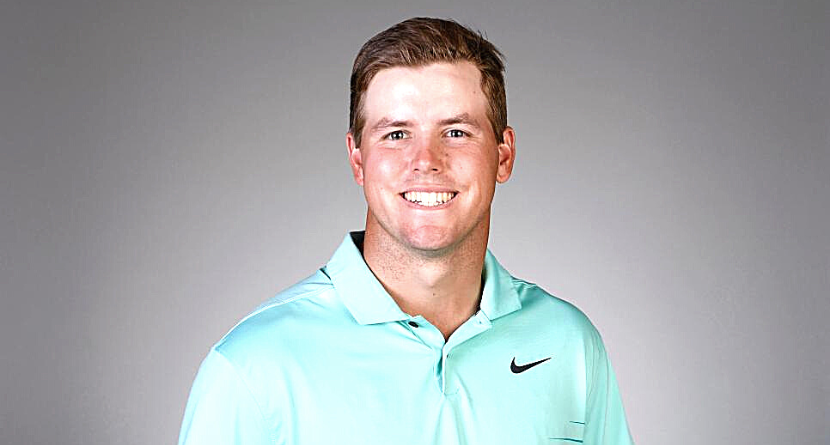 University of Texas senior Parker Coody recorded two aces in a local U.S. Open qualifier on Monday — and needed both to advance to sectionals.

Coody holed out on the 190-yard, par-3 eighth hole and the 160-yard 17th at Forest Creek Golf Club in Round Rock, Texas, en route to a 3-under-par 69 that granted him one of the five qualifying spots.

Had either of those shots stayed out of the cup, he may have found himself battling six other golfers in a playoff to determine who would punch the final three tickets to sectionals.

“That was nuts,” Coody told the Golf Channel about his accomplishment. “A couple of the rules officials were giving me a hard time about it, like, ‘You’ve gotta buy your group a pair of shoes or something.'”

Parker Coody made two holes-in-one. IN THE SAME ROUND..at his US Open locals.

You may recall hearing about Parker Coody, who is the grandson of 1971 Masters champ Charles Coody, breaking his arm in a freak accident that also saw his twin brother Pierceson suffer the same injury. The Coodys were participating in a relay race after a workout when both lunged across the finish line and crashed, arm-first, into a padded cement wall.

Incredibly, this isn’t the first time Parker has nabbed a pair of hole-in-ones in short succession. He told the Golf Channel that as a high schooler he once closed a round with an ace and came out the following morning and started his next round with another.