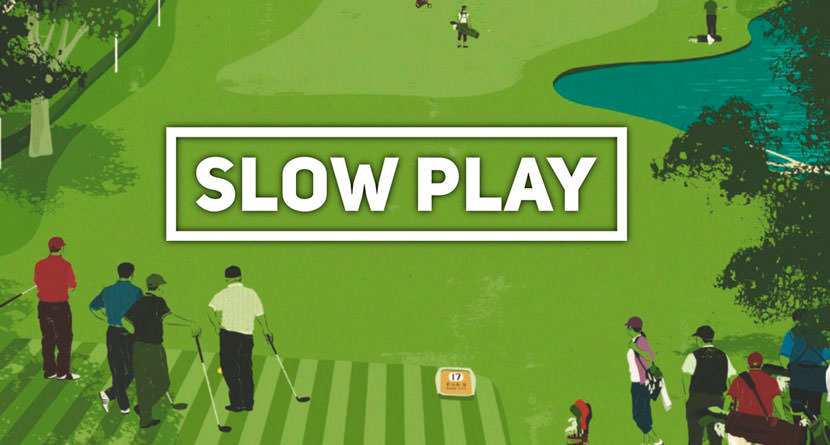 No one enjoys playing five-hour rounds of golf, and a golf resort in Missouri is doing something that actually makes sense to combat golf’s pace of play problem. The Lodge of Four Seasons, a resort and spa located on the Lake of the Ozarks, just south of Jefferson City, is implementing a unique and economical way to speed up play on their golf courses.

The Lake News Online had the report of the Lodge’s revolutionary pace of play fix.

The Lodge of Four Seasons is launching an innovative pricing model in 2017 in hopes of offering golfers new value in 2017.

According to a press release from the waterfront resort on Horseshoe Bend, its new golf-by-the-hour at The Cove and The Ridge golf courses allows players to pay for the amount of time spent playing the course rather than the traditional method of paying for a set number of holes. Hourly pricing gives golfers, particularly locals and leisure guests, the best value for their game, no matter how long they play, the press release states.

“This is definitely a first for The Lodge,” says Matt Tausig, director of golf. “I’ve worked in the golf industry for 25 years, and I’ve never seen another golf course offer this kind of pricing.”

A resort in Missouri believes it can mitigate slow play with pay-by-the-hour greens fees: https://t.co/rfWd1QfQUF pic.twitter.com/iX7I8ObYCg

Although traditional pricing will still be available at both courses, the new pricing model is a direct response to analysis and feedback from guests looking for better value and more opportunities to play.

“Head Golf Professional Chris Lash and I continually discuss what we can do that no one else in the golf business is doing and how we can overcome industry challenges,” Tausig says. “One of the biggest issues that golfers face today is that golf is such a time-consuming game.”

A full 18-hole round of golf traditionally takes four-plus hours to play, Tausig says. But many avid golfers who play faster don’t want to pay a full rate when they’re on the course for a fraction of the time. Then there are also players who pay for a full round but run out of time before finishing their game.

With the Lodge’s new pay-by-the-hour model, golfers may receive a more equitable value for their money based on how long they play, whether that’s the dad who has an hour to burn while his wife and kids are out shopping or the local golfer who can swing by during nonpeak hours.

“Local golfers and leisure guests who want to play for whatever small window of time they have – that’s who this is geared toward,” Tausig says.

Current rates are around $10 (plus tax) an hour per person, including golf and cart, but rates for hourly play will vary day to day, even hour to hour, depending on the season and how busy the course is.

Can this model work? It’s yet to be seen, but it’s something that piques the interest out of many golfers who like to play fast and maybe save a few bucks in the process.