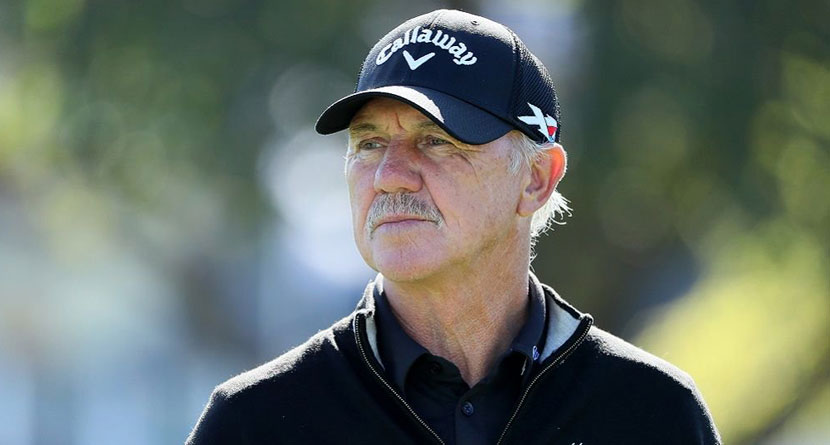 Top instructor Pete Cowen is coming under fire for his comments in a Global Golf Post article written by Lewine Mair in which the coach to big-name stars such as Sergio Garcia, Henrik Stenson, Louis Oosthuizen and Lee Westwood said that he and others in his industry are wary of taking on female pros for fear of being accused of sexual harassment if the relationship got sour.

Pete Cowen, than whom no teaching professional has more in the way of top clients on the PGA and Europen tours, has turned down a number of invitations to coach some high fliers among the women. To keep things simple, he tells them that he does not have time.

The full story, however, is that even if he did have time on his hands, he would not want to have any women on his books, the reason being that he is not prepared to risk his reputation.

“All this political correctness we’re hearing about on a daily basis is good in many ways but it’s bad news for women’s sport in general and golf in particular. Look at me on the range. I’m always pushing or pulling players in one direction or another to show where they need to be at different times in the swing. In this day and age, though, you can’t risk doing that to a girl.

“Just imagine how it would be if she was tough to teach and you felt that the relationship wasn’t working. You’d worry about getting rid of her in case she turned on you. She could easily say you touched her hips inappropriately, or something like that and, before you know it, her remarks would be all over social media.

“Once someone makes that kind of accusation, it doesn’t go away. I’ve read a lot of cases along these lines. Of course, there are occasions when a girl might have good reason for her complaints, but there are an awful lot of times when the coach is 100 percent innocent. Sadly, even when his innocence has been proven, it doesn’t stop people from being suspicious of him going forward.”

David Leadbetter, who has long coached Michelle Wie besides having countless other leading LPGA professionals on his books across the years, can understand Cowen’s opinion.

“We’re living in a very different era,” the Florida-based coach who received the PGA of America’s Teacher of the Year award last week. “For myself, I’ve always seen coaching women and children as an extension of coaching Kelly, my wife, and Hally, my daughter. It’s always been a piece of cake. But there’s a lot of funny business going on around the world today and of course it makes sense to tread a little warily.

“When you’re teaching, you will quite often grab hold of someone’s hips to show them something. Maybe,” he added — and he was not speaking wholly in jest — “there will come a day when a pupil has to sign something before you give him or her a lesson.”