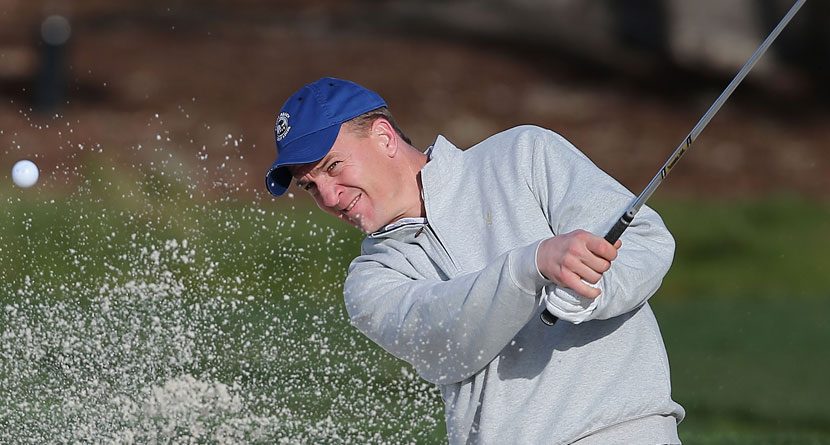 It’s no secret that Peyton Manning loves golf, and he’s pretty good at it too. He once shot 77 at Augusta National and boasts a single-digit handicap, but he’s got an even better accomplishment than those two. The surefire NFL Hall of Famer shot 72 at St. Andrews.

In an interview with Peter King of SI.com, Manning shared the story of the day when he shot even-par at the Old Course three summers ago.

“I shot even par, 72, at St. Andrews,” Manning told King in his MMQB column. “Me, Cooper and Eli, and my dad went three summers ago. But, we were playing from the ‘up’ tees—because they made you.” Forward tees or not, 72 is impressive. Although he did say it was “not a long course at all.”

His Denver Broncos hope to make their way back to the Super Bowl again this season, since the last trip ended in utter disappointment. But hey, at least Manning got to follow up the loss with a trip to Pebble Beach.

For the full interview with Manning, head to MMQB.