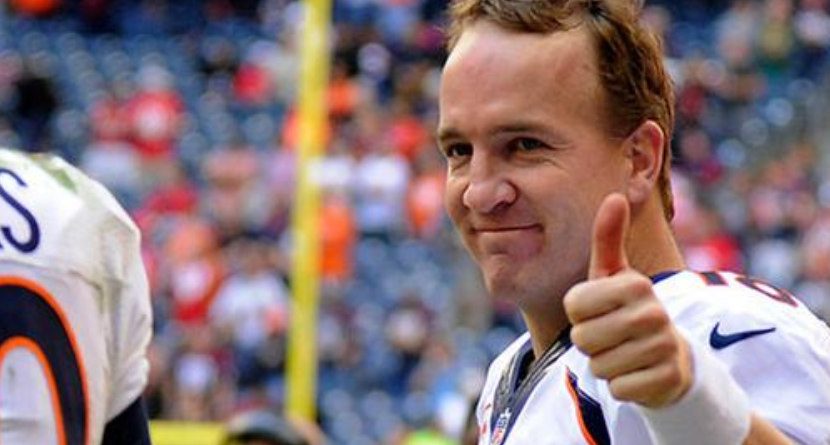 Two-time Super Bowl champion and natural-born spokesman Peyton Manning has a knack for writing letters showing his appreciation, whether it be about football or anything else. The best usually do.

He also happens to be a member of Crooked Stick Golf Club, which played host to the BMW Championship last week. In the weeks leading up to the event, the course was inundated with rain, but according to Manning, the staff made sure it was in “immaculate condition,” not to be confused with the “immaculate reception.”

He thanked them for all of their hard work and even managed to slip in a promo for Budweiser and Papa John’s in the process.

#Peyton is the BEST! Read this letter he sent to the staff at Crooked Stick for their hard work on @BMWchamps wow!!! pic.twitter.com/QChEzanpdx

Hey, you can’t argue when it’s free! The man is, and always will be, a class act.