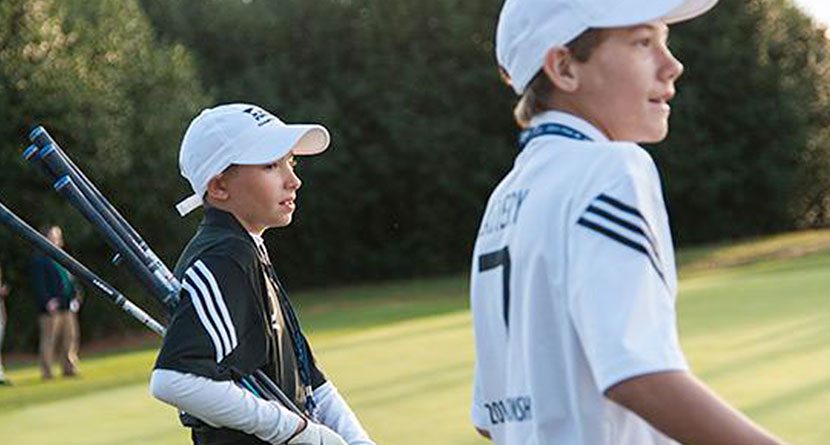 How about this story to help grow the game? The PGA Junior league is the PGA of America’s answer to getting more kids involved in golf at a younger age by making golf a team sport. This past week on Hilton Head Island, a pair of juniors laughed in the face of 17 million-to-one odds by making two holes-in-one… on the same hole… in the same group.

TJ Auclair at PGA.com had the details:

The National Hole in One Registry sets the odds of two players from the same foursome acing the same hole at 17 million to one.

Not bad for two kids whose combined age is one year older than Jordan Spieth. (Editor’s note: they are now the combined same age as Jordan,.

Mancill was the first to score an ace, dropping the ball in the hole with a wedge. Berrigan, representing the Wexford team, immediately answered with his 9-iron shot.

Not bad. The hole was halved in one. Sounds like a decent match.