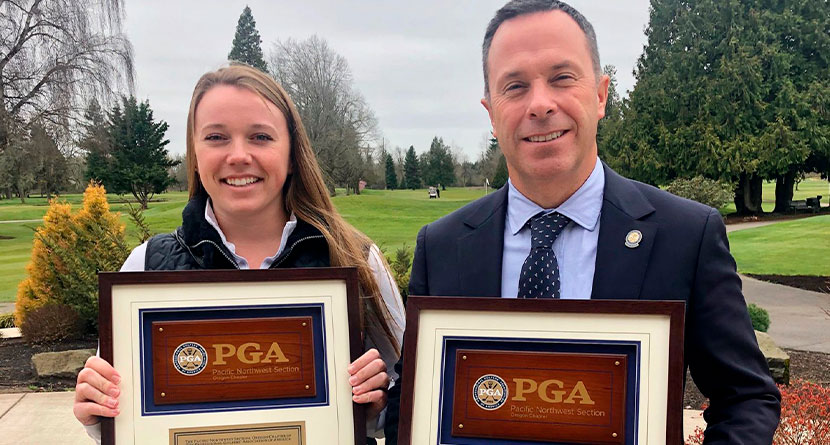 Tragedy struck the Pacific Northwest PGA Section over the Independence Day weekend as Section president Sean Fredrickson, his son and two step-children were killed in a plane crash at Idaho’s Lake Coeur d’Alene.

The Kootenai County Sheriff’s Office said Fredrickson and his family died Sunday afternoon when two planes collided in mid-air before sinking in more than 125 feet of water, according to FOX12. Officials said eight people were aboard but no one survived.

“The juveniles listed are the children and stepchildren of Sean.”

A horrible loss for the Lake Oswego community. Sean Fredrickson’s wife, April, tells me her husband & their 3 children boarded a float plane at Lake Coeur d’Alene yesterday. Their plane & another collided over lake, then sank. 8 people believed to be dead, per @KootenaiSheriff pic.twitter.com/DyA7jkQHHZ

“My husband’s in the golf industry and time off in the summer is extremely rare, so we literally never had summer vacations,” April Fredrickson, Sean’s wife, told People. “This was the first time that we had gone anywhere in the summer.”

Sean was the head pro at Oswego Lake Country Club in Oregon.

“It is with great sadness that we share the passing of our friend and President Sean Fredrickson yesterday in a plane crash in Coeur d’ Alene,” the Northwest PGA Section posted to its website. “Sean was an incredible father, husband, PGA Professional, mentor and leader. There are never words to communicate the pain of such a loss. Whether through prayer or quiet reflection, please hold Sean and his family in your hearts.

“A rising star in the PGA, Sean led the Section through an unprecedented time, first taking the reins a year early as President and then leading us wisely through this pandemic. We are all better because of Sean’s leadership over the past 12 years.”

April Fredrickson said she plans to honor the memory of each of her family members in ways that are commensurate with their passions.

For Sean, she planned to work with the PGA of America to establish a memorial golf tournament in his honor.

“I would like to take whatever profits or proceeds there are from that and basically earmark that money for diversity and inclusion initiatives at the PGA,” she said. “Sean was a really good mentor, but he also understood that the game of golf is not necessarily accessible to everyone. (He) really tried to mentor women and to make sure that women get the opportunities that they earn and to try and put women in a position to have more head pro positions.”