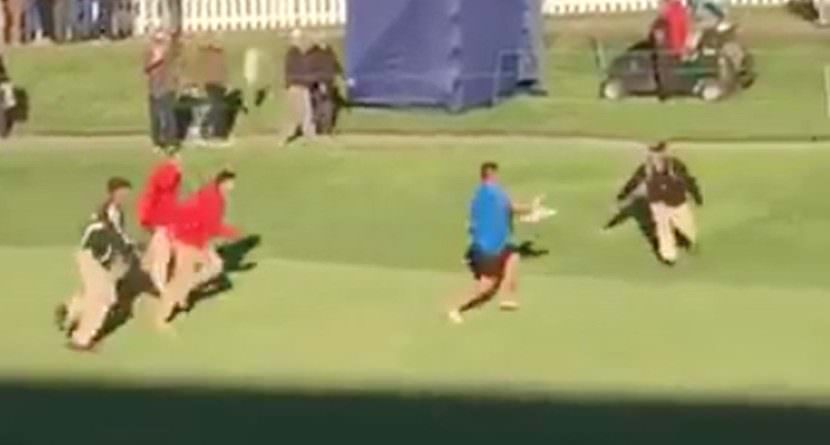 Go big or go home appeared to be this one man’s motto when he ducked under the ropes and went for a swim at the Farmers Insurance Open over the weekend. If only it were that easy. After riling up the crowd, he took a running start towards the pond but was stopped by security. He then made a juke move to the right, found daylight and took the leap.

Then the real fun begins. After returning to dry land, he gathered his belonging under the watchful eye of three security officers. Without hesitation, he makes a break for it, and it doesn’t end well.

PGA Tour pro, Harold Varner III, who missed the cut, was there taking in the action and caught the whole thing on video.

By far the greatest thing I saw yesterday. pic.twitter.com/WXDjRs9ZN1

Those 46-seconds of fame were totally worth it!