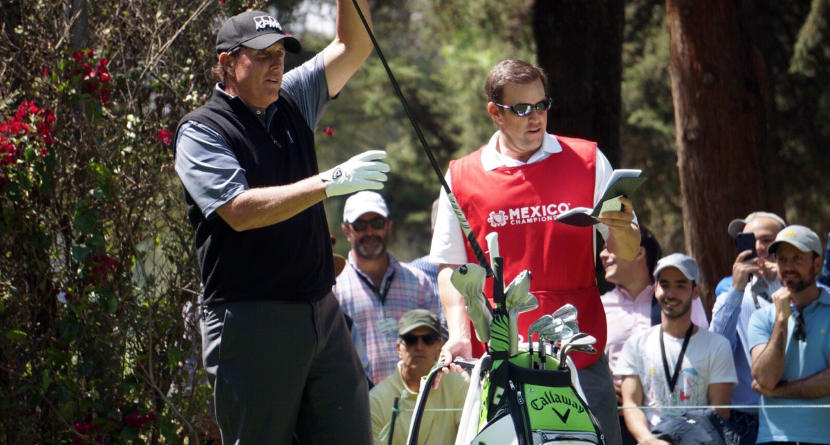 Phil’s brother, Tim Mickelson, has been named in a lawsuit filed earlier this week involving a golf cart crash back in 2015 at the Gozzer Ranch Golf and Lake Club in Harrison, Idaho. Alicia McFadden, who was the caddy for the group during a tournament, was riding on the back of a golf cart driven by David Harbour when it crashed causing permanent injuries. Alcohol allegedly played a factor.

Coeur d’Alene Press has the story:

Working as an independent contractor at the course’s Bull Rush Tournament, McFadden was riding on the back of a cart driven by Harbour, a member and tournament participant. Tim Mickelson, then the head golf coach at Arizona State University and the brother of PGA golf great Phil Mickelson was also aboard.

According to McFadden’s lawyer, Michael Verbillis, the men were inebriated and shirtless as Harbour drove the cart recklessly.

When the golf cart crashed, Verbillis said, the impact catapulted McFadden into the air before she landed on her head, causing permanent damage. Harbour and Mickelson walked away uninjured.

McFadden and Verbillis believe the accident was the result of Harbour’s intoxication and Gozzer’s failure to manage participants’ consumption of alcohol at the tournament.

Tim Mickelson, who’s also the agent for rising star Jon Rahm, made news at the WGC -Mexico when he carried Phil’s bag filling in for an ailing Bones McKay during the second round. The trial set for November 27.