Study Shows Golfers Are Forfeiting Distance Off The Tee 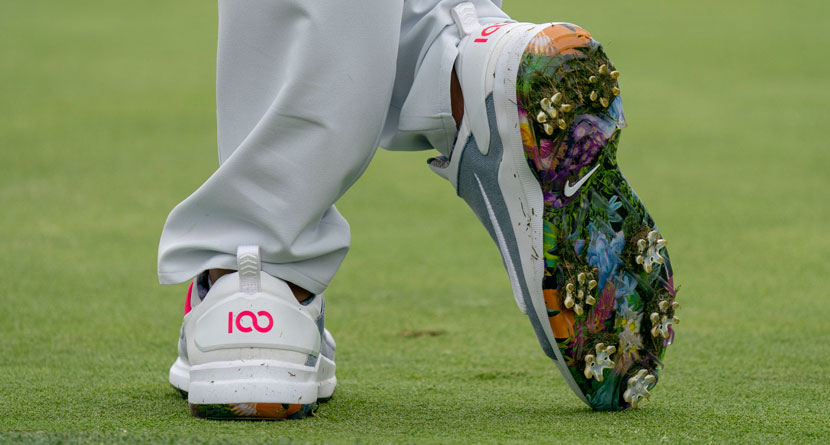 A recent study conducted at Pinehurst Resort has found that amateur golfers — both low and high handicaps — are leaving a significant amount of distance on the table simply based upon what they are wearing on their feet.

That’s right. Your choice of golf shoe could impact whether you’re hitting a 6-iron or 7-iron into a green.

The study was conducted at Pinehurst Golf Resort by PGA of America pro Eric Alpenfels and Dr. Bob Christina, Emeritus Professor of Kinesiology at the University of North Carolina at Greensboro, according to a release from The Golf Wire. The study asked 28 golfers — 14 low-handicappers (avg 3.52) and 14 high-handicappers (avg 15.26) — to hit five drivers each wearing removable spike golf shoes and spikeless golf shoes.


The golfers warmed up and stretched as they normally would, then they hit five warm-up drives each. From there, each golfer hit 10 measured drives toward a simulated 34-yard wide fairway. Golfers hit five drives in cleated shoes, took a two-minute break, and then hit five drives in spikeless shoes.

According to the release, the key findings were as follows: “This study reinforced what we believed about the benefits of wearing replaceable cleats,” John Hohman, senior vice president of marketing for PrideSports, said. “Driving distance and accuracy are key aspects of improving your scores, and the data provided by this study shows that your footwear choice absolutely makes a difference in your swing. Every teacher of the game should review this study and start asking students about their footwear during the very first lesson.”

“The spiked shoes provided better grip with the ground and a more solid lower-body foundation, which produced higher-quality driver swings,” Alpenfels said. “The swings in spiked footwear were more efficient at translating clubhead speed into ball speed, because of more centered contact between the clubhead and the ball.”

The study is definitely something to consider when making your next shoe purchase.