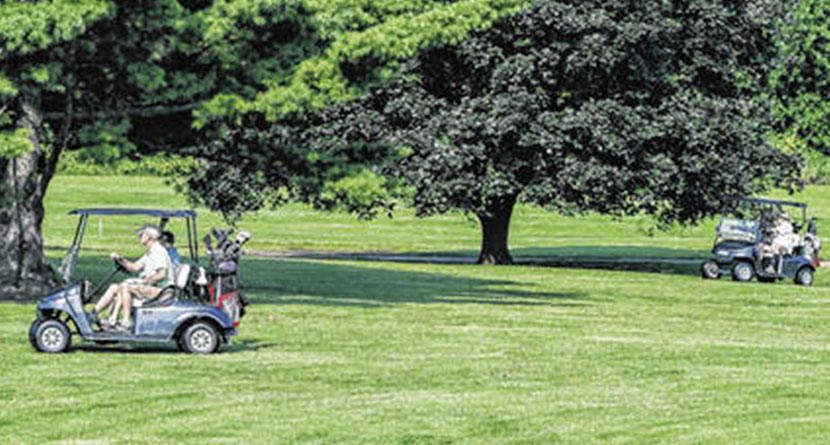 Some golfers out for a twilight round this past weekend came across a shocking discovery at the Greenbelt Golf Course in Columbus, Indiana.

In a ditch near the course, a pipe bomb was discovered requiring immediate police and hazardous device unit attention.

Members of the CPD Hazardous Devices Unit responded to the scene and rendered the device safe before later destroying the explosive, according to local news outlets. Authorities said no one was hurt and no other evidence of other explosive devices were found in the area.

Columbus Mayor Jim Lienhoop and Harris said they were unaware of any specific threats against Columbus Parks and Recreation, which runs the course.

“It’s kind of alarming to think that we would have an explosive device hidden somewhere on our park property or near park property, but until we learn a little bit more from the investigators, we don’t know whether it was originally intended to be there,” Lienhoop said. “I mean, it may have washed down with some flood water, so it may well have started someplace else. We just don’t know yet, but that would be concerning as well.”

The Greenbelt Golf Course is a public course that was built in the 1930s and opened as the Columbus Golf Club, but the course’s history has more to it than that.

In 1974, Columbus Golf Club was turned over to the Parks Department through the encouragement of the City Golf Club Board and the golf community. In 1976, the course was renovated and redesigned by renowned architect Pete Dye, and was renamed Greenbelt.