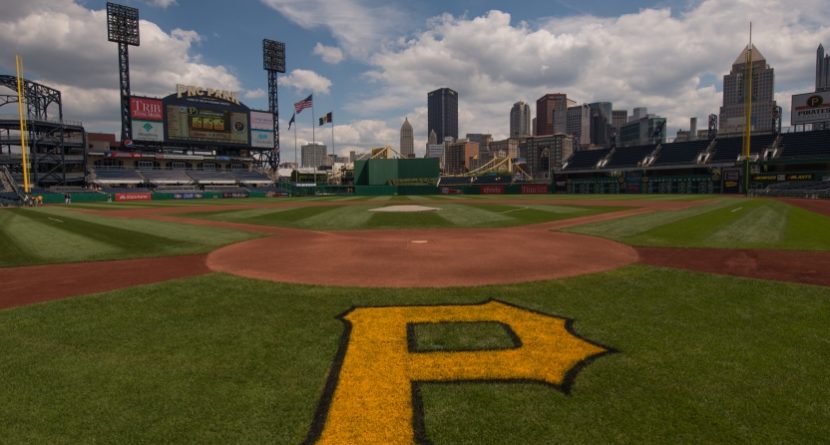 It’s not very often – been about 21 years, probably – since the talk around Pittsburgh and the sports world during the fall is more about the Pirates rather than the Steelers or Penguins. So soak it up, Pirates backers. You deserve it.

The Pirates appeared in and then won their first major league baseball playoff game since 1992, defeating the Cincinnati Reds, 6-2, Tuesday night in Pittsburgh. Next up is a series with the St. Louis Cardinals.

Professional golfers
You can be sure golfing legend Arnold Palmer is pumped about the Pirates’ postseason run; he’s from Latrobe, Pa., about 40 miles east of The ‘Burgh. Latrobe is home to the Arnold Palmer Regional Airport. Rocco Mediate, a six-time PGA Tour winner, is from Greensburg, which is one town over from Latrobe. And Jim Furyk, a 16-time PGA Tour winner, also spent time in the Pittsburgh area growing up, as his father was a golf pro in Fayette. The Steelers
It’s already a rough year for the Steelers, who are surprisingly 0-4 to start the 2013 NFL season. But they’re happy to cede some of the spotlight to the Pirates; they’ve enjoyed most of the city’s attention for years. That’s what six Super Bowl championships – the most in NFL history – will do. This year, however, quarterback Ben Roethlisberger may be working on lowering his single-digit handicap come January instead of participating in the playoffs.

Sidney Crosby
The Penguins have brought a few Stanley Cups to Pittsburgh as well, the latest one in 2009, coming largely on the shoulders of Sidney Crosby. He’s arguably the greatest player in hockey, and not a bad golfer either. His handicap hovers in the mid-teens.

Andrew McCutchen
However, the new star of the city – somewhat depending on how these playoffs play out – may be Andrew McCutchen, the star center fielder for the Pirates. The three-time All-Star is young, funny and tough – witness what he tweeted after getting drilled in the face by a baseball the other day during batting practice:

For that, we’ll give him a pass on the outfit in which he showed up for a Pirates charity golf tournament:

Black and yellow
I’ve long thought that each sports city in the U.S. should follow Pittsburgh’s lead and adopt one color scheme for each pro team in town. When you think Pittsburgh, you instantly think black and yellow. For instance, each L.A. team should be purple and gold (based on the Lakers), Denver’s squads should be orange and blue (Broncos), Boston’s green and white (Celtics), and St. Louis’ red and white (Cardinals).

Pitt
Few metropolises boast a thriving collegiate program within their city limits, but Pittsburgh is among them. The University of Pittsburgh men’s hoops program stands out most, with a pair of Big East tournament titles, 12 NCAA tournament appearances, five Sweet 16 games, and one Elite 8 appearance all since the Pirates last made the playoffs. In football, Pitt has shared two Big East championships and qualified for 11 bowl games over that same span.