Pokemon Go Could Be Coming To A Golf Course Near You 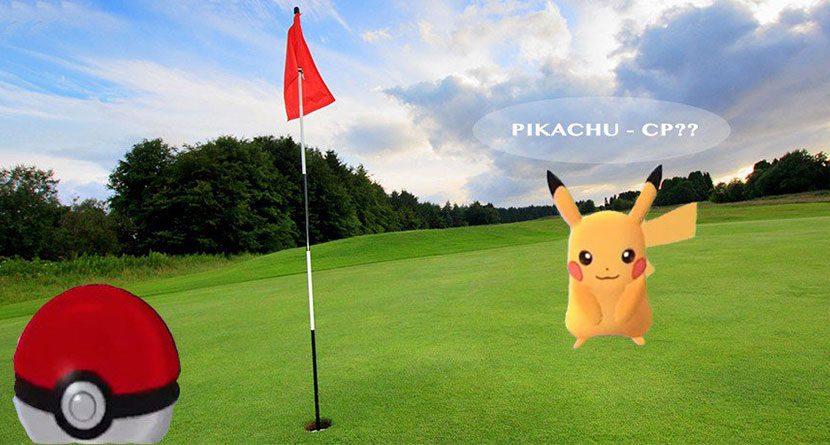 Usually, the golf course can be your respite from the rest of the world. Now, with the advent of Pokemon Go, your oasis could be invaded by Pokemon and their overzealous pursuers.

First things first, let’s explain what Pokemon Go is and why it could bother your weekend game, via GolfWRX.

In the United States, Pokemon was a popular video game franchise and television show in the 90s and early 2000s. After going fairly quiet in the eyes of the general public for many years, the Pokemon franchise is now back and equipped for smart phones.


What does this mean for golfers, though? For many, it means their worst fear has come true.

The point of the game is to walk around and capture creatures, called Pokemon, to collect and ultimately battle other people’s Pokemon. To do so, game players are actually going onto golf courses, whether legally or illegally, to catch these creatures. And some golfers are playing the game while they’re playing golf.

Sounds terrible, right? It gets worse.

A Palmerston North golf club is concerned that distracted Pokemon Go hunters are likely to catch a concussion as they venture onto the course.

Manawatu Golf Club general manager Michael Williams said they had noticed people lingering near their entrance, which is a pokestop – a landmark on the game. Some had even been wandering along the driveway into the carpark. However the driveway into the club passes through one of the course’s holes and Williams is concerned that distracted Pokemon Go players are venturing into the firing line.

“The ball can come in from a couple hundred metres away, non-golfers might not realise and think ‘oh they’re miles away.’ As soon as they walk through they can come into the firing line.

“We don’t want people to be hit by a golf ball travelling 200m through the air, it is going pretty quick.”

He urged people to look for Pokemon somewhere else.

What a world we live in. As if your worst fear playing on a crowded golf course wasn’t already hitting someone with a wayward shot, now you could have golfers and Pokemon catchers roaming around your local course.