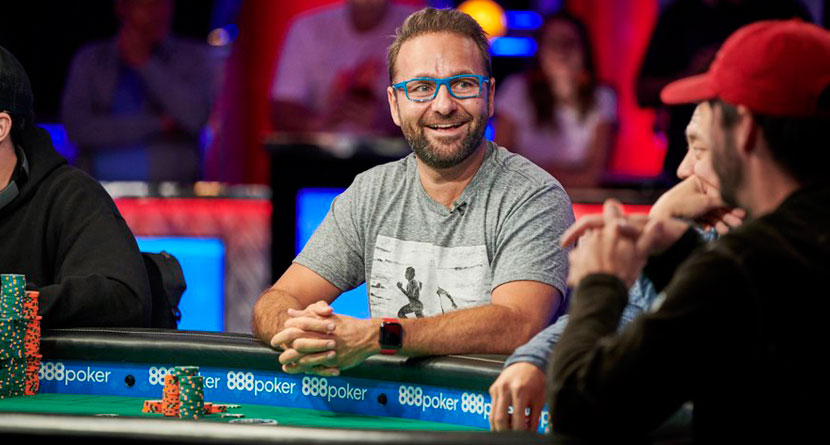 In a lot of ways, golf and gambling go hand-in-hand. Whether you’re playing a weekend Nassau or placing a parimutuel bet during a Member-Guest tournament, playing with money on the line is part of the fun of the game.

The difference — and the allure — between average golfers playing for a few bucks and Tour pros or high rollers throwing down numbers with a lot of zeros attached to them is the impact the cash can have on a players’ game.


Earlier this week on the No Laying Up podcast, an unusual guest joined host Chris Solomon — poker superstar Daniel Negreanu. Negreanu is known as one of the best poker players of all-time, but when he’s not collecting chips at the tables, he spends a lot of time playing golf.

Naturally, living in Las Vegas and playing in matches against other professional gamblers, the stakes can rise pretty quickly. He shared one such story in which he bet some friends that he could shoot 80 from the back tees at TPC Summerlin, the host of the Shriners Hospitals for Children Open on the PGA Tour.

“My golf game was not very good,” Negreanu explained. “The back tees at TPC Summerlin are about 7,000 yards. I can’t hit a driver more than 230, so I don’t hit any of the greens from back there. I bet them that if they gave me a year, I could shoot 80 from the back tees there.

You asked for golf gambling stories. @RealKidPoker’s got em. From being down millions to Phil Ivey, clawing his way back, playing $20,000 a hole, and a ton more.

“Within about a week, I was shooting low 90s. Maybe a week later, mid to high 80s. And with about a week and a half to spare, actually, I was 2-under after nine. So then all the carts started coming out, because they were like ‘oh boy, here he comes.’ There was probably 60 golf carts on the last three holes, sweating me. And so, in the last three holes, I needed to go bogey-bogey-bogey to win the bet. They were the three toughest holes, also. The first one is the easiest of the three, so I of course double-bogey that.

“Now I need to par one of the last two, and I make par on [17]. And then I have a six-footer for all of the money to win. I’m actually a good putter, but this putt – I hit the putt, and as I hit the putt, my knees sort of fell to the ground, in a way, but somehow the ball went in and I made it.”

The entire interview is a fascinating peek at how some of the other half chooses to live. Negreanu shared other betting stories, including losing $1.2 million to fellow poker star Phil Ivey over one 18-hole round.

At 45 years old and worth an estimated $50 million, Negreanu doesn’t have to chase games anymore. Instead, he chooses to chase a little white ball around a golf course most of the year, or around his house with his Jack Nicklaus-designed putting green or Full Swing Golf simulator.