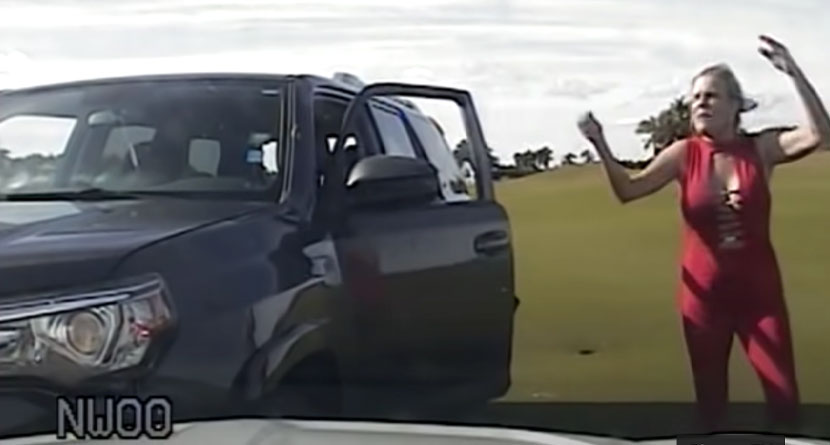 There are innumerable things that can derail a round of golf — penalties, three-putts, a driver that won’t cooperate — but perhaps most off-putting would be an SUV barreling down the fairway towards your group.

That’s exactly what happened to golfers at Grand Harbor Golf & Beach Club in Vero Beach, Florida last week as Indian River County Sheriff’s deputies pursued a suspect who failed to pull over when instructed to do so.

60-year-old Jodie Ann Harvey broke through a gate and drove onto the golf course with on her tail and golfers fleeing as she headed towards them. The 36-hole resort, which features the Pete Dye-designed Harbor Course, avoided major damage save for the one fairway that was torn up as officers were able to spin out Harvey’s SUV.

Harvey immediately hopped out of the vehicle, screaming at the officers before complying with their demands that she fall to her knees. There, bizarrely, Harvey pulled out her cell phone before officers wrestled her to the ground

No golfers were injured, although there were a few close calls captured on the police car’s dashcam.