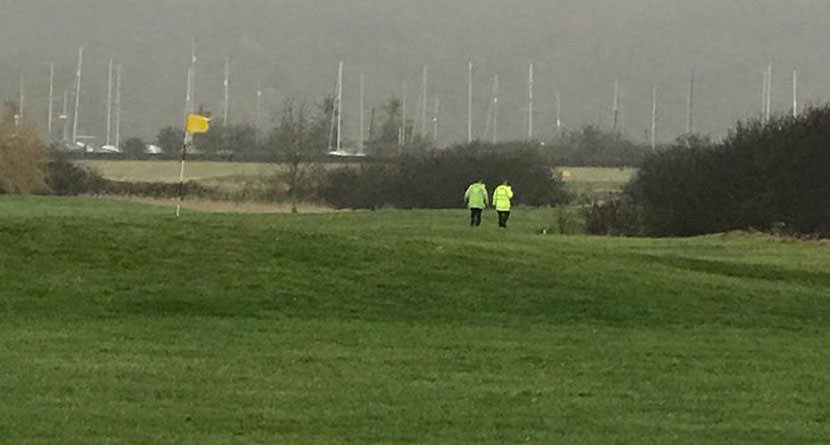 A British golf course was the scene of a police chase last week that ended up producing a bag filled with drugs and weapons.

Special Constables, which are auxiliary or part-time officiers, noticed something when they ran a particular plate through their system, which caused the passenger from a targeted car to flee the scene on foot.

A suspected drug dealer has been arrested following a police chase, which ended on a golf course on Canvey Island. pic.twitter.com/lYjNZANG96

EssexLive.news’ Sophie Finnegan had more on the chase.

A man from Chelmsford who “dumped a bag containing weapons and drugs? after a police chase through a golf course has been arrested.

Police were carrying out a traffic operation near a golf course in Canvey Island on Wednesday (January 24). The officers were using Automatic Number Plate Recognition technology to support the traffic operation. A vehicle was instructed to pull over by Special Constable Derek Hopkins and as the driver began to pull in, the passenger jumped out.

He ran towards the golf course and was pursued by officers, including Special Constables. After a police chase through the golf course, he was detained but no longer had the bag he was seen with.

A dog handler team attended the scene in the search for the missing bag. The bag was later retrieved from a swamp area of the golf course by Pc Billy Nash. It contained a machete, knuckle duster and what was believed to be Class A and B drugs.

A 22-year-old man from the Chelmsford area was arrested on suspicion of possession of drugs with intent to supply and possession of an offensive weapon. He is currently in custody for questioning.