Political Driving Range Targets Are A Thing In 2016 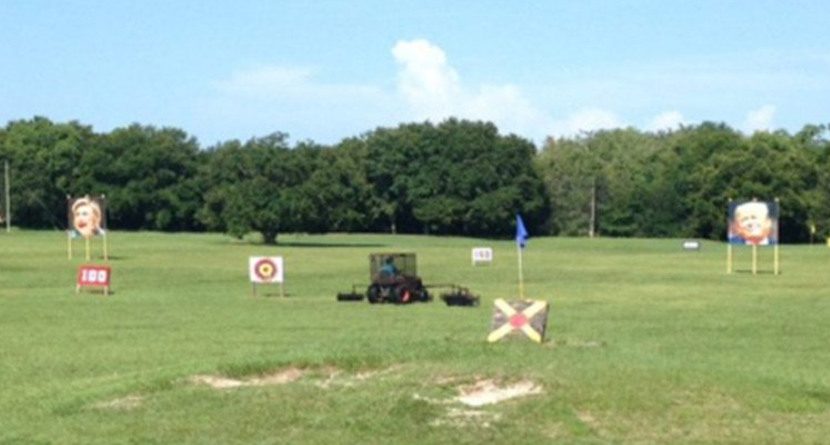 Everybody loves a good driving range gimmick, especially if it’s political. Welcome to the 2016 presidential election!

Ace Golf Range and Pro Shop located in Brendon, FL came up with a novel idea: hit balls at giant cardboard cut-outs of people you hate.

Conveniently, the faces of Presidential candidates Hillary Clinton and Donald Trump each sit on sticks a mere 100 yards away at the local range for folks to aim at. It’s democratic target practice.


“What we are trying to do is get more and more guests to come out here and let off that steam, especially with everything leading in up to November,” Robert Klapka, the range’s general manager, told Bay News 9, according to a Golfweek report.

The question is, what kind of shot do you hit to inflict the most damage? While you want the ball flight to be penetrating, you need to keep it low for 100 yards minimum. Maybe a skulled wedge? What about the stinger?

I’m thinking driver off the deck. Basically if you’re not trying to put a hole through that waste of cardboard, you’re doing it wrong.

Can we also talk about that pasture they call a range? It actually looks like a rejected location for Roy McAvoy’s range in Tin Cup, which is relevant.

This could be the most logical thing to happen during this year’s election process.