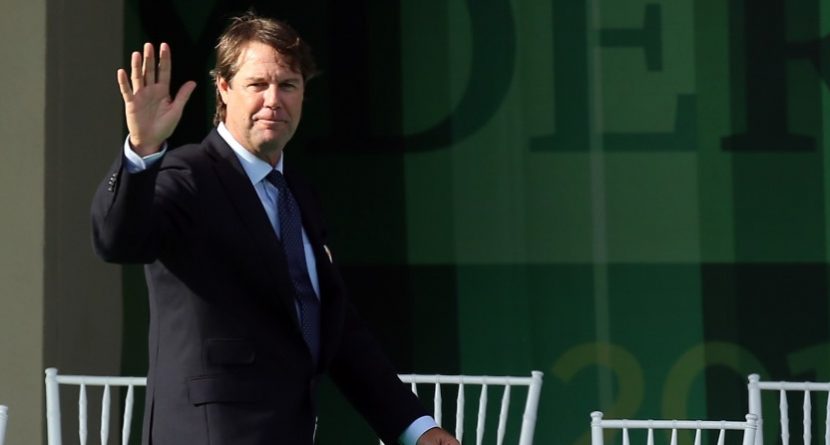 Paul Azinger is a popular man right now. Ever since the U.S. team was shellacked by Europe at the Ryder Cup over the weekend, his name has been brought up countless times to lead the next American contingent in 2016. Team USA hasn’t enjoyed much success at the Ryder Cup, but Azinger is the last captain to win, doing so in 2008.

And he helped us launch Back9Network this week by moderating the Ashworth Majors Roundtable, a one-hour special that aired Wednesday night. Earlier in the afternoon, Azinger fielded questions from fans on Twitter.

His services were also utilized by the Baltimore Orioles this week. Azinger is friends with manager Buck Showalter, who asked the 1993 PGA Championship winner to speak to his squad prior to its first playoff game Thursday night. Azinger addressed the team back in spring training, and the Orioles went on to win their first division title since 1997, so of course he got another call up to the show.

Azinger told Orioles that you don’t have to put more inner pressure in big situations. Do the opposite and just play your game.

If the Orioles win the World Series after getting one of Azinger’s speeches, there’s no way he’s not named 2016 U.S. Ryder Cup captain.